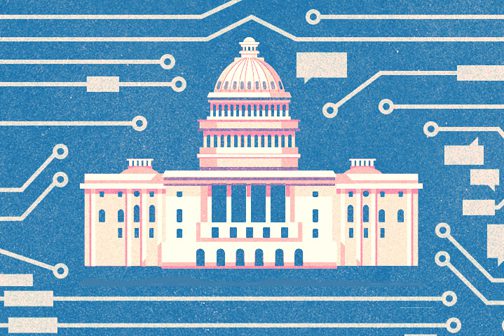 When the President of the United States elevates his science advisor to a cabinet-level position, you know that he’s paying attention to science and technology.

The new head of the Office of Science and Technology Policy, Eric Lander, marks a significant departure from policy heads in the previous administration. For one thing, he’s being appointed at the very beginning of Joe Biden’s time in office. For a second thing, the president has made the office a cabinet-level position.

Dr. Lander is a brilliant geneticist. He’s a former leader of the Human Genome Project and founding director of the Broad Institute of MIT and Harvard. This makes sense, considering that the COVID-19 pandemic is a primary challenge at the beginning of the Biden administration.

It’s unlikely that Dr. Lander will play a direct role in technology policy; he has plenty of people in the OSTP who will. The fact that the role has been elevated in importance means that their technology input will be strongly considered. This means that the team’s recommendations about technology will carry a lot of weight in the White House.

There are some broad outlines that we should expect early in Biden’s first term as president. They include a major focus on infrastructure and a significant change in regulation. Big Tech will need to be prepared for a much more hands-on approach.

In addition, two agencies have Democrats as acting chairs. Longtime FCC Commissioner Jessica Rosenworcel has been designated to lead that agency. Commissioner Rebecca Kelly Slaughter is slated to take over the FTC. Both have views in line with the Biden administration’s goals.

Rosenworcel has been a strong proponent of net neutrality; she’s also been a strong advocate for overcoming the digital divide and in making internet access affordable and available. Slaughter has been an advocate for greater resources for the FTC and for the aggressive use of the agency’s authority. She’s known for her support of privacy rights of consumers.

Both of these appointments will have an effect on the technology policy of the administration. You can expect a new thrust toward net neutrality from the FCC in terms of new regulations and a new approach to internet governance. In addition, you can expect Rosenworcel to be involved in the spread of 5G and in finding innovative means of delivering wireless services.

Slaughter’s interest in privacy issues and her desire for the FTC to play a larger role in protecting consumers will likely lead to new privacy protections. However, it’s too early to know whether that will lead to some sort of GDPR (General Data Protection Regulation) analog in the U.S.

Both agencies will play an important role in the roll-out of the president’s infrastructure program, expected to be sent to Congress this spring. Along with everything from highways to bridges to railroads, the infrastructure plans will include a new focus on broadband deployment, including wired and wireless broadband. Part of the broadband deployment will be to overcome the digital divide, which became painfully obvious as schools closed with the arrival of the pandemic, relegating some students to educational oblivion where they couldn’t attend remote classes or do their homework.

But the broadband effort will also include rural broadband, and broadband deployment in small, remote communities. As hard as it is for many to believe, there are still cities and towns in the U.S. without internet access, or with access that still relies on analog dial-up connections. In many rural areas, even dial-up access is limited, cellular access doesn’t exist and satellite internet is an expensive, one-way connection.

One major goal of the broadband infrastructure effort will be to bring 5G connectivity to as many of these underserved areas as possible, and this, in turn, will bring new levels of connectivity to areas that are served, but which have poor, often expensive, service now. One question that is still unresolved is whether any of the new space-based internet providers, such as Starlink from SpaceX, will be included in the administration’s broadband initiative.

It’s worth noting that the broadband initiative is already under way. It began during Ajit Pai’s term as FCC chair and had the support of the other commissioners, including Rosenworcel. The difference will be an increase in funding and a more inclusive approach.

The FTC’s focus on privacy will go along with the broadband initiative, but whether it goes as far as Europe’s GDPR is open to question. More likely, if there is a major privacy initiative, it will more closely resemble California’s CCPA (California Consumer Protection Act of 2018).

What’s more likely is that Section 230 of the Communications Decency Act will be modified in some way. This is one of the rare areas of bipartisan agreement in Congress. Where the changes should still need to be worked out, but considering the general agreement that the law is far out of date, changes are nearly certain.

There are changes coming that will affect technology as a business. They will include regulations on the treatment of gig workers, consistent immigration laws for technology workers and new laws governing the import of products and services from China and other nations.

Oh, and you can expect new taxes on tech, at least at the state and local level.