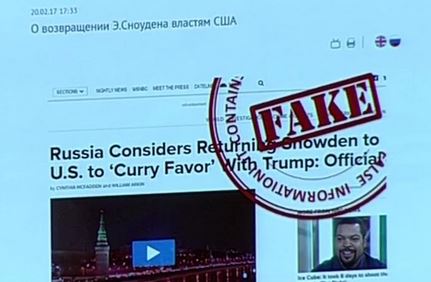 The series of reports to the Senate Intelligence Committee detailing efforts by the Russian government to use social media to influence the 2016 U.S. presidential elections is breathtaking, but not in a good way. The Russian Internet Research Agency in St. Petersburg demonstrated a sophisticated knowledge of how to use social media to sow dissention among Americans, to suppress voting among targeted groups and to make sure that Russia’s talking points were spread far and wide in the process.

The reports, released on Dec. 17, include a study by New Knowledge, the findings of the Computational Propaganda Research Project conducted by the University of Oxford, a slide deck summary by New Knowledge and another study by the Rand Corp. that examines a broader picture of Russian propaganda in Europe.

The studies of the IRA’s activities point to a concerted, centralized effort by a foreign government, Russia, to influence elections in the U.S. in ways that provide the outcomes that the Russian government wanted. The level of effort involved was significant, and it showed that the Russians used every available major social media platform to achieve its ends.

As I’ve discussed here previously, the Russian government’s aims were to sway American opinions through a vast array of social media postings to garner support from factions that it believes would support its aims, and to discourage the role of those that would oppose them. This included a coordinated effort to suppress voting by black citizens through a series of initiatives to encourage a voter boycott and to discourage belief in civil institutions.

The senate report specifically says that the Russian efforts were aimed at getting Donald Trump elected president, and then, once that happened, to discourage opposition. In the process, the IRA created groups that either attempted to amplify regional or ethnic differences or attempted to attack social institutions such as law enforcement. The Russian groups even formed faux citizens groups such as Heart of Texas, which advocated for the state of Texas to secede from the United States. A similar effort was also started in California.

When Google CEO Sundar Pichai testified before the House Judiciary Committee on Dec. 11, he basically dodged questions about what his company was doing to help keep the Russians from trying to influence the elections. Part of that was the committee’s fault, because it was trying to focus on Google’s alleged bias against conservatives. However, part of it was also because the Committee didn’t really understand the scope of the problem. That lack of understanding now has been rectified with the release of the senate report.

Unfortunately, the other part of the problem is that Pichai really didn’t want to discuss what Google is doing to help keep the Russians from interfering in U.S. elections. This is illustrated by the lack of cooperation with the groups studying the Russian efforts. The team at the University of Cambridge noted in their report that Google’s response to the committee’s request for information was to provide as little as possible–and to provide it in a form as useless as possible.

For example, despite the fact that the Russians produced more than a thousand YouTube videos as part of their effort, the Cambridge team had to resort to finding links in other social media sources to determine the level of Russian activities.

The problem for your company that is connected with this activity–besides the fact that the Russian government is actively involved in subverting the democratic process in the U.S. and elsewhere–is that their corrosive effect on social media could well affect your company’s reputation as social media itself is degraded. It’s sort of like opening a new office in a really bad neighborhood and then finding your company affected by the crime.

The other way this can affect your company is by finding your advertising running on one of the many sites being used by the IRA or another group with similar aims. Do you really want your company associated with sites or postings advocating the destruction of democracy in the U.S.?

This is not to suggest that you should withdraw your use of social media or stop advertising on line. However, I would suggest that a higher level of diligence is required. Make sure, for example, that the social media platform you’re using is trying to prevent the Russians and others from causing trouble.

In addition, consider taking control of your advertising. Instead of just letting your ad service run ads where they wish, specify where you want them to run and where you don’t want them to run. You should be doing this anyway, but now you’ve got one more reason to do so.