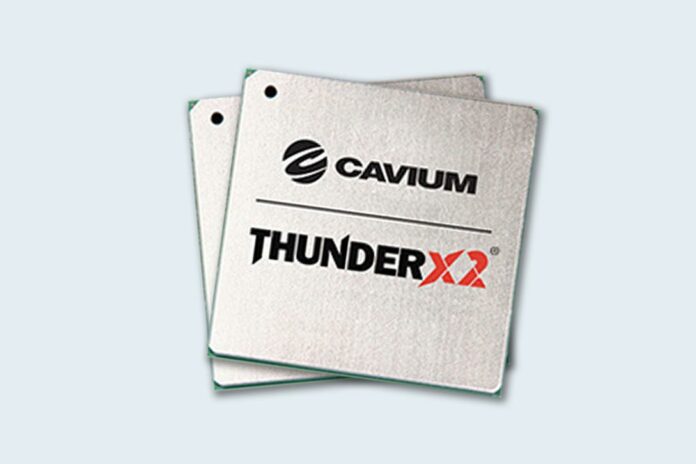 Company officials this week announced that the latest generation of its Arm-based system-on-a-chip (SoC), the ThunderX2, is now generally available and aimed at one- and two-socket systems for enterprise data centers, cloud infrastructures and high-performance computing (HPC) environments.

Gopal Hegde, vice president and general manager of Cavium’s Data Center Processor Group, said in a statement that the company has “been working with over 60 different partners, including OEMs, ODMs [original design manufacturers], and independent software and hardware vendors to enable the seamless deployment of ThunderX2-based platforms.”

Among those system makers are supercomputer manufacturer Cray, Atos and Hewlett Packard Enterprise, which is putting the ThunderX2 into its Apollo 70 servers for the HPC space.

With the SoC, which got a soft launch in 2016, Cavium is the latest chip maker to take a run at Intel and its dominant market in the data center chip space. With its Xeon processors, Intel holds more than 90 percent of the space.

However, there is growing demand among system makers and end users for another option to Intel to help drive innovation, hold down prices and protect them if supply chain issues arise. Both IBM, with its OpenPower efforts, and Advanced Micro Devices, with its x86 Epyc processors, also are vying to become the top option to Intel.

Qualcomm has been the other major Arm chip maker to try to push its way into the data center, rolling out the 48-core Centriq 2400 last year. However, a Bloomberg report this week that cited an unnamed source said that Qualcomm is planning to shutter the effort to cut costs and focus on its core businesses. Former Intel executives, including ex-President Renee James, in February launched Ampere, a startup making Arm-based chips for public and private clouds.

Arm and its manufacturing partners have seen growing interest in the architecture over the past couple of years in the enterprise, cloud and HPC markets. Along with HPE, Cray, Lenovo and Dell EMC have Arm-based servers and the next generation of Fujitsu’s K supercomputer will be powered by Arm-based SoCs.

The Mont-Blanc supercomputer in Europe will be built by Atos using the ThunderX2 chips. Meanwhile HPE announced last month that three U.K. universities will create one of the largest Arm-based HPC installations in the world.

Cray is building a supercomputer called Isambard for the Great Western 4 Alliance, a research group of four universities in the United Kingdom, that will include more than 10,000 Thunder2X cores.

On the software side, Microsoft officials said they will use Arm-based servers in their Azure cloud and Red Hat in November 2017 launched Red Hat Enterprise Linux 7.4 for Arm, an operating system with full support for the Arm architecture.

The ThunderX2 SoC is based on chip designs Cavium bought two years ago from Broadcom. Until its $37 billion acquisition by Avago in 2015, Broadcom has been working on its own 64-bit Arm-based processor, codenamed “Vulcan.” However, after the sale, the combined company—now called Broadcom—sold its Arm SoC intellectual property and plans to Cavium, which had already released the first ThunderX chips and was now going to base the second-generation portfolio on the Broadcom work.

As part of an ongoing consolidation in the chip market, Cavium is in the process of being acquired by rival chip maker Marvell Technologies for $9 billion.

There are 40 different versions of the chip that are optimized for a variety of workloads, including compute, storage and networking. They range from 16-core, 1.6GHz SoCs to 32-core, 2.5GHz chips ranging in price from $800 to $1,795. Cavium officials said the chips compete favorably with Intel’s “Skylake” Xeon processors and offer up to three times the single-threaded performance of Cavium’s earlier ThunderX offerings.

Cavium officials said the company also will be partnering with an ODM to build a reference platform for the ThunderX2 chip to help customers who want to quickly bring the processor into their cloud and enterprise data center infrastructures.