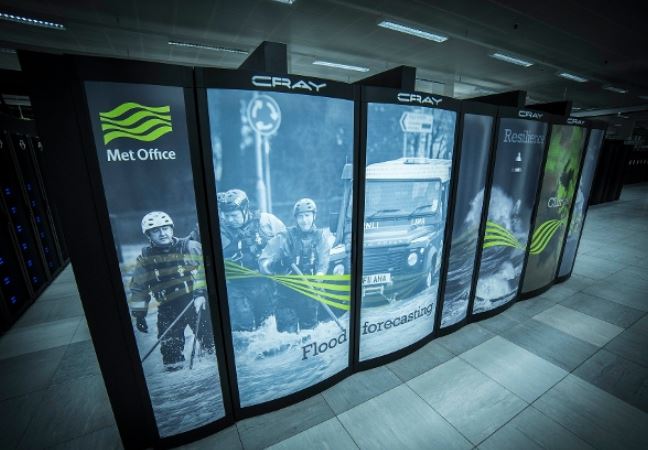 Plus, there’s simple poor planning or execution. An acquiring company may believe that the object of its attentions offers assets, people and capital that can aid its own endeavors. But, after the deal is done, it never properly or fully does what’s necessary to gain the full benefits of the investment. The practical effect is the business equivalent of a sugar rush. A few months of “Whoa, mama! How fast can this sucker go?” ending with a “Thelma and Louise”-style flameout.

It happens to even highly successful companies, often time and again, with Hewlett Packard Enterprise (HPE) being a notable example. Though its recent purchase of legendary supercomputing leader Cray has been widely lauded, the history of HPE’s acquisitions suggests a more cautious approach is warranted, especially when it comes to supercomputing. Let’s consider that more closely.

HPE and Cray: The Pitch

On paper, HPE’s purchase of Cray for about $1.3 billion makes eminent strategic sense. According to Antonio Neri, HPE’s president and CEO: “By combining our world-class teams and technology, we will have the opportunity to drive the next generation of high-performance computing and play an important part in advancing the way people live and work.”

Consider the acquisition-first terms of the overall market. In announcing the Cray deal, HPE cited research suggesting that high performance computing (HPC) system sales, including associated storage and services, is expected to expand at a 9% CAGR to about $35 billion in 2021. Plus, during the coming half decade, more than $4 billion will be awarded (usually by government agencies or research institutions) for massive exascale HPC installations.

Those are attractive opportunities, and owning Cray is certain to improve HPE’s competitive outlook. Why so? Mainly because Cray is a standout in current high-end HPC systems. In the most recent (November 2018) Top500 list of the world’s fastest supercomputers, Cray technologies account for 51 installations. But more than half of those (26) are in the top 100 systems, fifteen are in the top 50, five are in the top 20 and three are in the top 10. Moreover, its success in high-end installations and technological excellence make Cray the leading Top500 vendor in terms of its listed systems’ combined performance.

Cray also has a host of technologies and commitments of value to HPE. The company’s new Shasta system architecture and Slingshot interconnect are central to the $600M+ exascale supercomputer contract that the company and AMD were recently awarded by the U.S. Department of Energy’s (DoE’s) Oak Ridge National Laboratory. Cray was also part of an award (with Intel) for an exascale contract from the U.S. DoE’s Argonne National Laboratory, with Cray’s portion valued at more than $100 million.

In other words, for a modest (at least by recent IT acquisition standards) $1.3 billion, HPE is substantially raising its HPC profile and street cred, getting a raft of high-end technologies and gaining access to new supercomputing customers and future projects.

HPE and SGI: The Reality

Sounds great. So why do I believe that the deal should be approached with caution? In general, due to HPE’s long history of failed acquisitions, such as Compaq, EDS and Autonomy. But more troubling is the 2016 acquisition of HPC and supercomputing vendor SGI.

In other words, for $275 million and change, HPE padded its Top500 lead and added some high-end supercomputing goodness to its HPC offerings. According to HPE’s Neri: “The combined HPE and SGI portfolio, including a comprehensive services capability, will support private and public sector customers seeking larger high-performance computing installations.”

Unfortunately, that didn’t last for long. About two years after buying SGI, HPE fell from being the top vendor on the Top500 list to fifth. It went from owning nearly a third of listed systems to less than a tenth. On the November 2018 list, there were only 46 HPE systems present with the highest-ranked at #15, seven in the top 50, 15 in the top 100 and 19 in the top 200. Half of its entries are listed in the bottom 250, and 14 are in the bottom 100—meaning they’re likely to be out of the picture when the new Top500 list arrives next month. The company also ranks fifth in terms of overall performance.

Why did HPE fall so far and so fast, despite the infusion of new blood from SGI? That’s hard to know for sure. Some might claim that SGI (itself a one-time market-leading vendor) was on its last legs by the time HPE came along. Others may suggest that HPE picked up the company on the cheap merely for the value of its HPC intellectual property (IP).

But neither of those views holds up if you consider how well SGI was doing in terms of technical performance before being purchased. The absence of continued excellence let alone making any gains since the deal suggests that either HPE’s management made significant errors after buying SGI or that the company was unwilling to adequately invest in follow-on HPC technologies and innovations.

There are also other wrinkles that could possibly trip up HPE’s current plans, most notably Cray’s strategic partnership with AMD, which will provide CPUs and GPUs for the Oak Ridge Lab’s new exascale system. Add in Cray’s commitment to deliver a software stack for the DoE’s CORAL-2 project. Why is this a problem? Because both compete directly with HPE’s strategic partner NVIDIA and its GPUs and CUDA solution stack.

In addition, Cray’s impressive Slingshot technologies compete with solutions from interconnect vendors, including Mellanox, which NVIDIA recently acquired to bolster its own supercomputing efforts. HPE uses NVIDIA Tesla P-100 GPUs in its highest-performing HPC installations (#15 and #22 in the current Top500 list), and it’s logical to assume that Tesla will continue to figure prominently in other HPC projects HPE is planning or pursuing.

None of this bodes well for Cray.

It should be noted that while the Top500 list offers valuable insights into the current state of high-end supercomputing, it isn’t the be-all/end-all on the subject. The commercial market for HPC is more diversified and more complex than the large-scale installations sponsored by government agencies, research labs and universities.

But at the same time, the success of HPE’s strategy is not assured, nor will its plans be automatically implemented.

Cray’s technologies are considerably different than those HPE currently owns and is familiar with. Plus, Cray’s success has been bolstered by strategic partners that may be at odds with HPE relationships. Finally, as detailed above, the attempts by HPE’s leadership to execute a similar HPC strategy by acquiring SGI have not exactly been a resounding success.

Will any of this blow back on Cray? Perhaps not. The company’s shareholders are likely pleased with the significant premium HPE added to their investments. However, it’s worth asking just how good a steward of Cray’s innovations HPE will be. If SGI offers any guidance, HPE’s willingness to buy its way into Cray’s attractive market position could be followed by failures to effectively manage, adequately fund or fully develop the new innovations required to maintain and grow its competitive position.

That would shortchange supercomputing customers, but executives and employees at Cray would do well to consider whether or how quickly they and their work may similarly suffer.