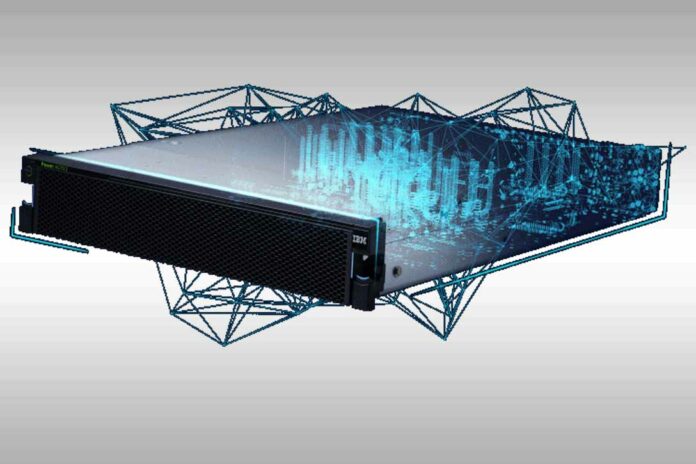 IBM took a significant step in the increasingly competitive and fast-growing field of deep learning and artificial intelligence with the introduction Dec. 5 of the first servers based on the Power9 processor and armed with an interconnect technology designed to accelerate the movement of data between the IBM processor and GPUs from Nvidia.

IBM officials have optimized the Power9 chip and the latest Power Systems Servers for the artificial intelligence (AI) space, which is being fiercely contested by most chip makers, including Intel, Advanced Micro Devices and Arm as well as its various manufacturing partners, such as Qualcomm.

Nvidia, a close partner of IBM, has for several years put AI, deep learning and machine learning at the heart of its strategy. System makers also are eyeing the AI space, as are such tech giants as Google, Amazon Web Services and Microsoft.

The emerging technologies are increasingly crucial in helping organizations collect, analyze and derive insights from the massive amounts of data that is being generated by business and industrial operations. Now powerful chips and systems are needed to crunch the data as it comes in.

Gartner analysts have said that by 2019, deep learning will be essential for achieving advances in everything from an image recognition and natural language processing to fraud detection, medical research and product recommendation. By 2018, 80 percent of data scientists will have access deep-learning capabilities.

“Deep learning is here to stay,” Alexander Linden, research vice president at Gartner, said in a statement in September. “It ultimately solves complex, data-rich business problems. Deep learning can, for example, give promising results when interpreting medical images in order to diagnose cancer early. It can also help improve the sight of visually impaired people, control self-driving vehicles or recognize and understand a specific person’s speech.”

IBM has been aggressive in building out its AI and machine learning capabilities, most based on its Watson platform. That has included its PowerAI platform that includes a number of deep learning frameworks optimized to run on the Power processor architecture and the Data Science Experience cloud-based environment that provides such tools as RStudio, Python, Spark and IBM’s Watson Machine Learning technology to data scientists. According to IBM Research officials, the company’s PowerAI Distributed Deep Learning toolkit has cut deep learning times from days to hours.

With the new Power9 chips and Power System AC922, IBM is prepared to offer organizations the infrastructure foundation they need to run their data-intensive AI, data analytics and high-performance computing (HPC) workloads. The new system is designed to improve the performance of such AI frameworks as TensorFlow, Caffe and Chainer as well as accelerated databases such as Kinetica.

“We’ve built a game-changing powerhouse for AI and cognitive workloads,” Bob Picciano, senior vice president of IBM Cognitive Systems, said in a statement. “In addition to arming the world’s most powerful supercomputers, IBM Power9 Systems is designed to enable enterprises around the world to scale unprecedented insights, driving scientific discovery [and] enabling transformational business outcomes across every industry.”

Critical to the Power9 chips—which were four years in the making—is the interconnect subsystem, which comprises PCI-Express 4.0, the latest generation of Nvidia’s NVLink technology and OpenCAPI architecture, which company officials said can speed up the movement of data to 9.5 times the speed of the PCIe 3.0-based x86 systems running Intel’s Xeon chips. According to IBM, the chip also offers twice performance of x86 chips and 1.8 times the memory bandwidth.

The Power9 chips are available with 16 to 22 cores, which means the System AC922 can come with as many as 44 processing cores. The also systems come with Nvidia’s latest GPU accelerators, the Tesla V100 “Volta” chips.

The Power9 chips also will drive two new supercomputers—”Sierra” at the Department of Energy’s Lawrence Livermore National Lab and “Summit” at the Oak Ridge National Lab—which were both developed along with Nvidia and Mellanox.