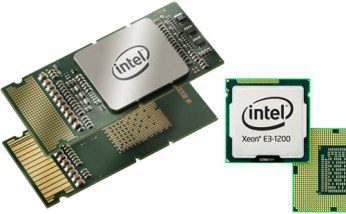 As each year passes, Intel’s frontline Xeon chips for x86 servers and personal computers add more cores and get more powerful. They also get smaller and use less electricity. They’re edging closer to high-performance capability all the time.

This is right in line with IT trends in general. Components and systems alike are getting smaller, more powerful, requiring less juice from the wall, making less of a carbon mess to clean up, and taking up less real estate inside a data center.

This couldn’t be a better situation for data center and system buyers worldwide. However, at Intel, the world’s largest chipmaker, there appears to be a dilemma brewing up: How is all this Xeon progress ultimately going to impact Itanium, the company’s premium high-performance chip (the latest version of which, the 9500, came out Nov. 8) that has had to endure scorn over the years for not living up to its long-ago-but-not-yet-forgotten marketing hype?

Is Itanium ‘Slip-Sliding Away’?

In some circles, the scorn is residual. For example, a well-respected industry research firm, Clabby Analytics, now has a whitepaper available on one of IBM’s sites (of course, IBM competes with Itanium via its Power chips) that claims the embattled processor is “Slip-Sliding Away” in the markets and that the custom hardware for it is in steep decline. The numbers are difficult to defend; Itanium simply isn’t selling as well as its owners would like.

HP is by far Itanium’s largest customer, buying 95 percent of those produced. Dell and Cisco Systems won’t touch them. Few foreign server makers are interested. Oracle isn’t building boxes for it anymore, although it must continue support on HP machines that run its database software. And that is only because a recent court decision mandated it.

Is Xeon on an unswerving track to eventually cannibalize its more powerful big brother chip and move into HPC markets? Intel says no, not at this time, that the markets are separate and distinct. Xeon x86 for Windows and Linux systems has its purposes and customers, and HP-UX Itanium has its purposes and customers. At least that’s Intel’s story — at least the one to which it will stick.

However, as time goes on, there is more mix-and-matching in the data center all the time. You might be surprised at what type of workloads less-expensive and hot-swappable x86 disks and servers are crunching these days. Unix is not being shown the door just yet, but it is, in fact, in decline. Every year you find fewer of those high-end servers whirring away in racks, and the market share figures agree.

Investment Needs to Be Recovered

Since Intel also contends that giving customers choice is a prudent policy, one wonders what’s really in its long-term plan.

Itanium continues to be a huge issue at Intel, because it has invested billions of dollars and millions of developer hours in the line since the 1990s — alongside co-developer Hewlett-Packard — yet has only been able to sell into a very limited type of customer for 10 years. Both companies would dearly like to be able to sell more Itaniums into any other type of computing system, so they can regain some of that humongous investment for their shareholders.
Xeon, less expensive and tuned for x86 Windows and Linux servers and other computers, isn’t ready to crunch human genome workloads 24/7 yet, but it’s steadily moving in that direction. The fact is that HPC customers have been using Xeon-based servers in high-end projects with increasing frequency. They’re showing up in financial services, media, government and health care data centers, among others.
Perhaps Intel can save face with Itanium by converging it somehow in some solution sets with the ascendant Xeon and its newer chips. That’s an engineering challenge, but not an impossible one by any means.

“When you look at the convergence of Xeon and Itanium, there are two sides to the question,” analyst and blogger David Kanter of Real World Technologies told eWEEK Nov. 8 at the San Francisco launch of the new Itanium 9500 processor. “One is the ROI (return on investment) for HP and Intel, and it has to be significant.

“When it was originally devised in the ’90s, Itanium was envisioned as totally separate, with little overlapping investment — just on the silicon side, in terms of fabs. Over time, they’re (Intel and HP) attempting to adjust to the way the market is going by decreasing the amount of unique investment that’s required.

“If you look as what they’ve presented as the future of Itanium, it’s interesting because it’s somewhat reminiscent of the system-on-chip philosophy that’s used in cell phones, where you have many pieces of the puzzle all in one chip — cores, cache, memory, I/O — and you plunk them down, based on the target market,” Kanter said.

“When you look at it from a 50-year perspective, the whole point is: ‘Let’s get the ROI to a reasonable level, let these things go as long as possible, and give our customers the choice.’ And based on what the customers choose, let them make the decision,” Kanter said.

The other thing, Kanter said, is that “if you have insufficient ROI, if your customer base shrinks, whether you’re HP or IBM or Oracle, you really need to start looking at alternative solutions. A good example of that is actually Bull (France-based server maker).

“They used to do their own hardware. They don’t anymore; they have a unique software stack on top of Intel’s hardware, and that works really well for them. So, the less unique investment required, the longer you can continue to differentiate and do your own hardware and have more of the solution stack.”

For its part, Intel is now selling Itaniums to a couple of foreign server makers in the Far East. So perhaps that will spark up the sales for a while.

However, Itanium continues to be squeezed — from both customers and from inside its own company. Not a great position to encounter at this point.