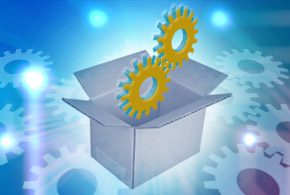 Microsoft’s efforts to trim the size of its Windows Server Core containers is yielding results.

Windows Server Core, along with Windows Nano Server, are a slimmed-down version of the operating system for virtualized and application container environments.

They dispense with many non-essential software components, such as a full-blown UI, resulting in a lightweight package that uses fewer system resources than an installation with all the bells and whistles. As a bonus, they improve security by virtue of a smaller attack surface.

In preview build 17079 of the server operating system, available now for users enrolled in the Windows Insider early-access program, the base Windows Server Core container image boasts a download size of 1.58GB, which is nearly a third smaller than the version shipped with Windows Server 1709. Once unpacked, it takes up 3.61GB of disk pace, a 20 percent reduction.

Microsoft took a two-pronged approach to trimming the size of Windows Server Core container images, according to Weijuan Shi Davis, a Windows Containers program manager at the software giant.

First, Microsoft was able to capitalize on work done to reduce the size of Nano Server container images, which now weighs in at under 100MB, she explained in a blog post. Apart from a smaller size and an performance increase, the new Server Core containers should deliver the same application compatibility of its predecessors.

Microsoft also pored over telemetry data and tapped the collective wisdom of the GitHub community to see which unused features could be eliminated safely.

“We looked at all the various roles, features and optional components available in Server Core and broke them down into a few buckets in terms of usage:  frequently in containers, rarely in containers, those that we don’t believe are being used and those that are not supported in containers,” stated the Microsoft executive. Additionally, Microsoft assessed publicly available images, feedback and forum posts on the GitHub code repository.

Also new is the ability to install MSMQ (Microsoft Message Queuing) in a Server Core container, a technology that allows for asynchronous communications between applications on a network.

Starting with Build 17079, Microsoft is making easier for Insiders to test upcoming preview releases. The operating system now offers users the ability to perform in-place upgrades from Windows Server 1709 to the latest Insider build, and subsequent ones, without having to start from scratch.

“Running setup.exe, customers should be presented with the option to ‘Keep personal files and apps,’ which causes the migration steps in setup.exe to run and upgrade Windows Server while preserving applications, data, and user settings,” explained Dona Sarkar, head of the Windows Insider program, in a separate post.

Before running an in-place upgrade, disabling BitLocker, Microsoft’s drive encryption technology, is recommended. Users may also run into trouble with Active Directory Domain Controller configurations, so performing a backup is a good practice to follow before attempting an in-place upgrade.