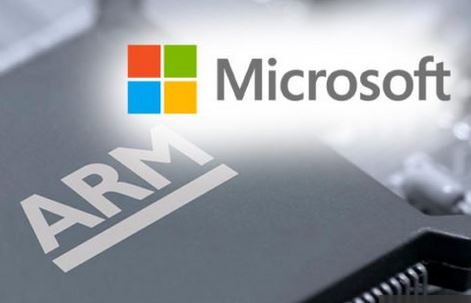 SANTA CLARA, Calif. — Microsoft said March 8 that for the first time, it has decided to start using chips based on ARM Holdings designs in the hundreds of thousands of servers that run its cloud services.

The company made the announcement during the main keynote at the Open Compute Project Summit 2017 at the Santa Clara Convention Center.

This isn’t exactly welcome news for Intel, which has been a longtime Microsoft partner and king of the proverbial hill in the data-center processors market. Because ARM processors use less power than Intel’s, Microsoft is seeking to cut costs in its fast-growing Azure cloud business.

Microsoft has more than 100 data centers globally in 38 regions that are candidates for using its new cloud servers, which are based on a design called Project Olympus and powered by ARM-based chips.

Working with ARM-server chip partners Qualcomm and Cavium, Microsoft developed a version of its Windows operating system for servers using the ARM processors. The company said it is now testing ARM chips for routine functions such as search, machine learning, storage and big data processing.

“We’ve been working with Qualcomm and Cavium to optimize their products for our data center needs,” Microsoft Distinguished Engineer Leendert van Doorn, who gave the keynote, told eWEEK. “And not just their current generation that will be out later this year–but the ones beyond that and the ones beyond that.

“We’ve ported and tested cloud services to them, and overall, we’re seeing a very compelling value proposition in them.”

The kind of servers ARM designs are more throughput-oriented, van Doorn said. “These are servers with very high single-track performance; these are not the ARM servers of a couple years ago, where you had lots of cores and threads, but really no performance per thread,” he said.

Microsoft is also working closely with the ARM mothership itself on items such as instruction set extensions, server bay system architecture and other standardization documents, van Doorn said.

ARM, a British multinational semiconductor and software design company, is owned by SoftBank Group. Its primary business is in processor design, although it also designs software development tools under the DS-5, RealView and Keil brands. It also develops systems and platforms, system-on-a-chip (SoC) infrastructure and software. It is the market dominator for processors in mobile phones (smartphones or otherwise) and tablet computers.

Both the server design and Microsoft’s work with ARM-based processors are indicative of the company’s internal initiative to use hardware innovations to cut costs, boost flexibility and stay competitive with Amazon Web Services and Google, which also provide computing power, web services and storage in the cloud.