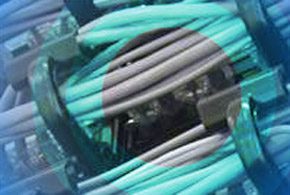 LAS VEGAS—“The new style of IT,” championed by HP CEO Meg Whitman during her keynote at this year’s HP Discover conference, also requires a new style of Hewlett-Packard as the venerable, but recently troubled company has bolstered its product line and prepared for an enterprise technology metamorphosis based on mobile, big data and cloud computing.

After spending three days at the company’s U.S. Discover conference in Las Vegas, I found a company that has done well at filling in a lot of product gaps. The company also has executives and, more importantly, customers feeling optimistic about the technology stalwart and has rediscovered the enterprise focus which built the company.

John Hebert, executive vice president and CIO for 20th Century Fox, described his company’s relationship with HP as “journey management” which allowed his organization to build out its digital cloud infrastructure as a hybrid private and public platform offering both security and rapid application deployment.

“We provide solutions for the new style of IT,” Whitman said in her keynote which included a guest appearance by actor Kevin Bacon (of “Six Degrees of Separation” fame) and highlighting customers including NASCAR, Nationwide Insurance and United Airlines.

Whitman, whose past activities have included being the CEO of eBay and an unsuccessful gubernatorial candidacy for California, strained a few metaphors (she told the audience that IT is no longer in the engine room but is now on the bridge consulting with the captain), but overall delivered a message that HP had the sweep of products enterprise IT requires to enter the next era of corporate computing.

When HP announced their converged infrastructure model in 2009, there were a lot of pieces missing. The idea that servers, storage and networking would merge and be managed as a single entity rather than a loose confederacy of often contradictory pieces was just that: an idea.

At HP’s Discover conference this week in Las Vegas, the company filled in a lot of missing pieces—in storage, servers and networks—and is closer than its competitors in offering a single, open standards stack that will reach from devices to cloud computing. The story is straightforward in asserting that converged internal infrastructures can lead to converged cloud-computing capabilities.

HP’s story about the reach of its strategy and its ability to offer up products and services ranging from desktop replacements to cloud-based infrastructure and application services is expansive and a bit exhausting. Whether HP can continue to accelerate all those elements as the economy strengthens and keep up with new enterprise competitors such as Amazon Web Services, white box server vendors and personal computing products from the likes of Lenovo and Samsung will determine if the new style of IT technology selection will include HP.

The company is now on a “secure financial footing” and “is here to stay,” she told an audience that has seen great change and uncertainty in the vendor community. The broad product and services line, just about all of which is being upgraded, changed or modified, represents HP’s greatest strength and weakness. While the company is on a stronger financial footing, continuing to accelerate the pace of new product introductions represents a financial and messaging strain.

One of the more heartening stories centered on HP’s renewed attention to HP Labs and the new products passing through its door. Labs was the crown jewel of the company during the company’s halcyon years under Bill Hewlett and Dave Packard, but fell into a lesser status under some subsequent administrations—although Meg Whitman seems interested in reviving Labs.

In particular, as the storage industry shifts gears to embrace flash storage, HP Labs is reportedly readying the next big thing in storage non-volatile RAM storage. In the server segment, the company’s Moonshot cartridge servers developed within HP Labs received a lot of keynote attention.

The message from Discover centered around this broad revamp and additions to the product portfolio centered on providing IT organizations with the technology to enable their companies to accomplish their business missions. That is a worthwhile goal, but the company will have to translate the enthusiasm created at Discover into sales in the enterprise environment.