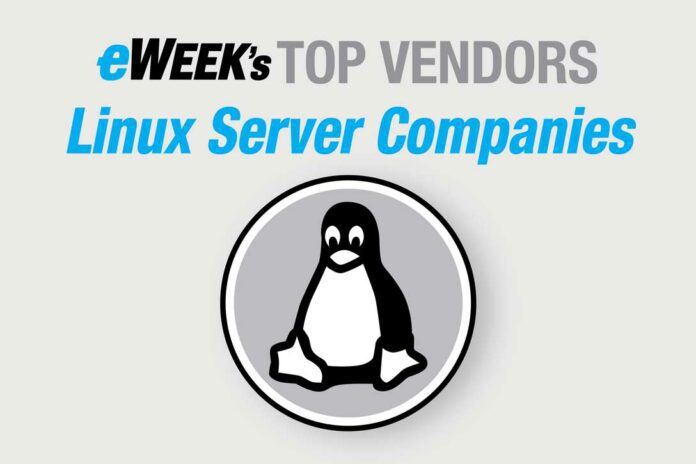 This article offers a 2019 update on several of the world’s top Linux server vendors, a very important but often mysterious section of the IT world that many people know little or nothing about. This is because Linux and its various flavors, called “distros” (for distributions), are underlying operating systems that run applications on servers and PCs and aren’t adjusted or changed by users as a matter of routine.

For public internet servers, Linux is dominant, powering about twice the number of hosts as Windows Server, which is trailed by many smaller players, including traditional mainframe OSes. The supercomputer field is completely dominated by Linux, with 100% of the TOP500 now running on various versions.

Internet-based servers’ market share can be measured with statistical surveys of publicly accessible servers, such as web servers, mail servers or DNS servers on the Internet: the operating systems powering such servers are found by inspecting raw response messages. This method gives insight only into market share of operating systems that are publicly accessible on the Internet.

The Linux OS started out as being exclusive to regular x86 desktop PCs, but it has since found its way into everything from Android phones to Google Chromebooks to those powerful super-servers mentioned above. IT decision-makers in the market for Linux servers should know that the very best Linux distros are tailored to specific types of users. Ubuntu, for instance, is very easy to use, because it’s designed for newbies. On the other hand, Red Hat Enterprise Linux, openSUSE, CentOS and others designed for the data center require a lot more expertise.

Value proposition for potential buyers:  Red Hat, acquired by IBM in 2018 for $34 billion, is a company dedicated to free and open source software, and has long been a major Linux distribution vendor. It is by far the largest commercial company built on open source software. The company is known for its enterprise operating system Red Hat Enterprise Linux, and more recently through the acquisition of open source enterprise middleware vendor JBoss. Red Hat provides operating system platforms along with middleware, applications, and management solutions, as well as support, training and consulting services.

Who uses it: Midrange to large enterprises
How it works: cloud services and on-premises options
eWEEK score:  4.9/5.0

Value proposition for potential buyers: Known for years as SUSE Linux and later as SuSE Linux Professional, openSUSE is aimed primarily at developers and system administrators. It has long been known for its tight security attributes. The operating system is divided into two main distributions: openSUSE Leap and openSUSE Tumbleweed. Leap uses the source code from SUSE Linux Enterprise, which adds better stability. New versions are released about once a year and are supported for three years, making Leap perfect for business applications.

Who uses it: Primarily targeted at devs and sysadmins at midsize to larger enterprises
How it works: subscription cloud service and on-premises options
eWEEK score:  4.7/5.0

Value proposition for potential buyers: Red Hat has enabled several Linux spinoffs. CentOS 7, a freely available, community-edition offshoot of Red Hat Enterprise Linux, is one of the most popular. Its best attribute is stability, and it eschews constant updates. It is free and open source software (FOSS). Similar to Red Hat, security and maintenance updates for CentOS are pushed out up to 10 years from the initial release of each version. CentOS also manages the CentOS Project, a community-driven free software effort with  the goal of providing a rich base platform for open-source communities upon which to build. It offers a development framework for cloud providers, the hosting community, and scientific data processing.

Who uses it: Small to midsize enterprises
How it works: subscription cloud service and on-premises options
eWEEK score:  4.6/5.0

Value proposition for potential buyers:  Linux Mint is another community-driven Linux distribution based on a combination of Debian Linux and Ubuntu Linux that provides what users describe as a “modern, elegant and comfortable operating system which is both powerful and easy to use.” Linux Mint provides full multimedia support by including some proprietary software and comes bundled with a variety of free and open-source applications. The project was conceived by Clément Lefèbvre and continues to be actively developed by the Linux Mint Team and community.

Who uses it: Small and midsize enterprises
How it works: on-premises and cloud service options
eWEEK score:  4.5/5.0

Value proposition for potential buyers:  Ubuntu is a FOSS (free and open source) Linux distribution based on Debian Linux. It is officially released in three editions: Desktop, Server and Core (for internet of things devices and robots). Ubuntu has long been a popular server operating system for cloud computing and was an early supporter of OpenStack. Ubuntu’s agile release cycle is set for a new or updated version every six months, with long-term support releases set for every two years. The latest release is Ubuntu 19.04 (“Disco Dingo”), and the most recent long-term support release is 18.04 LTS (“Bionic Beaver”), which is supported until 2028.

Ubuntu is developed by Canonical and the community under a meritocratic governance model. Canonical provides security updates and support for each Ubuntu release, starting from the release date and until the release reaches its designated end-of-life (EOL) date. Canonical earns revenue through the sale of premium enterprise services that optimize the operating system. It is named after the African philosophy of ubuntu, which Canonical translates as “humanity to others” or “I am what I am because of who we all are.”

Who uses it: Midsize to large enterprises
How it works: subscription cloud service and on-premises options
eWEEK score: 4.8/5.0

Value proposition for potential buyers:  Cray Linux Environment is the name of a range of Unix-like operating system variants developed by Cray for its supercomputers. UNICOS was the successor of the Cray Operating System (COS). It provides network clustering and source code compatibility layers for some other Unixes. UNICOS was originally introduced in 1985 with the Cray-2 system and later ported to other Cray models. The original UNICOS was based on UNIX System V Release 2, and had numerous BSD features (e.g., networking and file system enhancements) added to it. The name was change to Cray Linux Environment  from release 2.1 onward.

Who uses it: Large enterprises, scientific applications
How it works: on-premises servers only
eWEEK score: 4.9/5.0