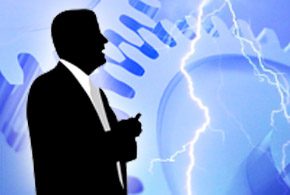 Just 8 percent of federal IT executives are completely confident that their agency could recover 100 percent of its data in the event of a disaster, according to a report from MeriTalk, an online community and go-to resource for government IT.

The study also revealed that while agencies might feel prepared, they are not testing their systems as often as they should and face challenges with data growth, mobile devices and on-site backup. Only one in four federal workers give their agency an “A” in data resilience and disaster recovery (DR2) preparedness.

However, in the last 12 months, only 54 percent of agencies have tested their ability to meet their data recovery service level agreements (SLAs), and federal IT professionals say agencies should test their DR2 systems twice as often as they currently do. In addition, 30 percent of federal IT pros say their current DR2 solution is insufficient today or near its limit.

The survey found 59 percent of agencies do not use any form of cloud-based DR2 solutions, and federal IT pros estimate that only 53 percent of data stored on mobile devices could be reliably restored inside of their SLA. In addition, fewer than half said their current solution includes a dedicated network switch, network-attached storage or tape array.

Despite this lack of resources, the survey indicated feds are facing unprecedented data growth and must address backup solutions nearing capacity. By 2015, agencies expect the amount of data they need to back up to grow by 39 percent. The average agency has 51 percent capacity left in its current backup solution. Worryingly, 2.5 is the average number of times IT pros say their agencies tested disaster recovery solutions in the last 12 months, while 5.3 is the average number of times those same IT pros would recommend their agency test its disaster recovery system with a 100 percent failover.

Meanwhile, the amount of data agencies must back up and recover is growing, yet only 8 percent of feds are confident they can recover their data today, the report noted. Lack of budget (68 percent), lack of support from the mission owners (42 percent) and incomplete solutions (42 percent) were among the top challenges holding federal agencies back from being able to test its ability to meet its SLAs for restores. Less than half (43 percent) of IT professionals say their leadership places some priority on DR2.

The vast majority (86 percent) said their experience with Hurricane Sandy has not changed the way the agency looks at and manages DR2. In addition, just one in three plan to increase (or start) using off-premise cloud backup in place of on-premise backup, and back up just 55 percent said their typical disaster recovery test includes testing their ability to restore data from a second location.

The survey results indicated feds must improve security against on-premise disasters, consider offsite solutions, put distance between the office and the secondary backup site, get an honest, clear assessment of what the DR2 environment really is re-assess the setup as data demands grow, and leverage experts to design and implement a complete plan that involves technology, people and processes.