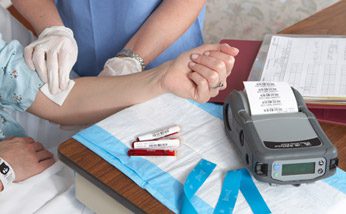 Many doctors are leaving private practices to join large health care organizations, such as hospitals, partly due to the IT costs of implementing electronic health record systems, according to a new report by Accenture, a consulting firm.

For the Accenture survey, called “Clinical Transformation: New Business Models for a New Era in Health Care,” more than half of the doctors polled, or 53 percent, mentioned electronic health record (EHR) requirements as a reason for abandoning a private practice and seeking employment in a large health organization.

Accenture announced the results of its survey on Oct. 31. The firm interviewed 204 physicians in May 2012 with an even mix of primary care and specialties across equal sections of the United States.

Doctors who do remain independent will offer telemedicine or online consultations to sustain their profits, according to Accenture.

Companies offering telemedicine, also referred to as telehealth, include American Well and Consult A Doctor. This trend of subscription-based services such as telemedicine could increase threefold over the next three years, the company reported.

“Subscription-based models may expand and evolve over time as many physicians continue to look for ways to differentiate their practice in order to remain independent and self-employed,” the Accenture report stated.

“There’s a whole level of forces, expertise and purchasing power that the small practices don’t have,” said Safavi. “They can’t simply choose not to have a practice that’s digital or connected,” said Safavi.

In addition to the clinical documentation of EHRs, doctors are also required to implement practice-management, billing and scheduling applications, Safavi noted.

“There’s a number of different technologies that are just becoming increasingly complex and require special knowledge—and being a good buyer, a prudent purchaser,” he said.

Becoming part of a managed care organization decreases costs for doctors, according to Accenture.

A large majority of physicians surveyed, 87 percent, mentioned cost and expense of running their own business as a reason to join a larger organization.

Under the Health Information Technology for Economic and Clinical Health Act (HITECH Act), the federal government imposes penalties for providers that don’t demonstrate meaningful use of EHRs.

Doctors are joining large practices that have the IT resources to avoid these penalties, Safavi suggested.

“Many of them are saying the day of the small physician practice is ending,” said Safavi. “Compliance burdens are higher,” he added, referring to the meaningful-use mandate.

Under the Affordable Care Act, or Obamacare, doctors must also demonstrate quality of care as part of the law’s accountable care requirements to qualify for incentives based on outcomes. To report on quality, you need the proper IT infrastructure, Safavi noted.

“You don’t have to also be a business owner and a chief technology officer at the same time,” said Safavi.