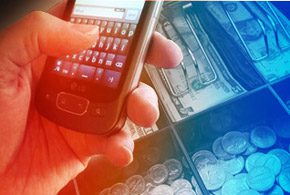 Mobile devices and technologies like Apple Pay may be pushing mobile payments into the mainstream, but the market has a long way to go before reaching mainstream integration, according to a survey of 300 global business professionals by Timetric.

More than half of the respondents (52 percent) indicated they use their mobile phones for payments, with business professionals in Asia-Pacific (58 percent) performing mobile payment transactions more frequently than their peers in other regions, such as North America (56 percent) and Europe (46 percent).

“Mobile payments have already improved the lives of millions of unbanked people in the developing world – usually through cheap non-smart phones,” Miguel Stein, an analyst with Timetric’s Cards and Payments Intelligence Center, told eWEEK. “In some mature markets, in-store mobile transactions have increased substantially, but they are mainly limited to quick low-value payments, such as purchasing fast food or coffee.”

Yet Stein said it would still take several years to reach the necessary level of consumer education and collaboration within the industry in order for mobile payments to become a truly mainstream payment method.

“In terms of contactless payments and fraud prevention, North America not only needs to catch up with Asia but also with Europe,” Stein said. “However, the U.S. is rapidly upgrading its payments infrastructure and is likely to become the most advanced mobile payments market within the next two years. Moreover, North America is currently the most advanced region when it comes to fully integrated systems that make use of cloud computing to combine payments with other business functions, Stein noted.

Most respondents (35 percent) expect no change in the proportion of payments they make through their mobile phones over the next six months.

Thirty-one percent of participants, however, expect increases between 5 percent and 25 percent, with a higher percentage of male respondents projecting an increase in payments through mobile phones.

Regardless of region, 80 percent, 77 percent and 48 percent of customers, respectively, highlighted ease of use, time and cost saving, and round-the-clock access as the key drivers for mobile payments.

In addition, 47 percent of respondents indicated a preference for cashless transactions and 41 percent noted an increased penetration of smartphones, tablets and Internet as reasons for increasing their level of mobile payments.

“On a global scale, large technology companies such as Apple, Google and Alibaba will dominate the market. However, when looking at individual countries, local solutions are more likely to dominate the market because they harness the support of several, or all, local banks,” Stein said. “Take for example BKM mobile in Turkey, Blik in Poland and Zapp in the U.K.”

Stein also noted the success of Apple Pay outside the U.S. would be limited, because most other countries have a substantially lower proportion of iOS devices.