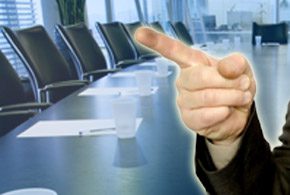 Startups and small businesses in the United States are focused on growth, primarily domestically, and are increasingly investing in technology to help them scale, according to research released by Dell and Intel.

Over the course of the next year, more than half of entrepreneurs and small-business owners expect finances to improve (56 percent), and most expect better prospects for sales (75 percent) as well as greater growth opportunities (58 percent).

Technology will continue to play a larger role in enabling the success of startups and small businesses as it levels the playing field, making it easier for them to compete with large companies, having to hire fewer employees and automating routine tasks, the survey indicated.

“Entrepreneurship and job creation have rightfully dominated the national conversation in recent years, but we also need to make sure that entrepreneurs and young companies are getting the support they need and that local priorities aren’t overshadowed by national headlines,” Scott Case of Startup America Partnership said in a statement. “Entrepreneurs are by nature optimistic, but they can’t succeed all on their own. To continue to drive forward the entrepreneurial advantage we enjoy in this country requires a collaborative effort between policymakers, academics, nonprofits, major corporations and private sector companies.”

However, nearly all startups and small businesses cite concern with the U.S. economy’s impact on small-business growth (91 percent) and indicated low expectations for improvements to inflation (28 percent), interest rates (33 percent) and the global economy (39 percent). The report suggested policymakers can encourage innovation and increase access to technology by maintaining robust national investments in research and development (3 percent of GDP), and investing in next-generation infrastructure, including telecom, energy, transportation and health care.

Respondents said they believed that their local government is more supportive of small-business growth (50 percent) than their government at the state (40 percent) or national level (33 percent), and consider professional organizations (68 percent) and their local Chamber of Commerce (64 percent) to be the most crucial support pillars for the small-business community.

The survey also revealed that competition for top talent is high among startups and small businesses, especially at executive levels and in the fields of science and technology. To expand the talent pool and help empower the next generation of entrepreneurs, policymakers could work to improve the quality of K-12 STEM education and engage more students in STEM learning at a younger age, increase U.S. college graduation rates and remove barriers to immigration for skilled workers, the report indicated.

“While possessing a bright outlook overall, entrepreneurs and small-business owners remain uncertain about the future ahead. To compete in today’s global landscape, they need technology to innovate, but it’s not the only thing they need,” Ingrid Vanderveldt, an entrepreneur in residence at Dell, said in a statement. “Turning a great idea into a successful business also requires access to financing, networking and knowledge.”

Dell and Intel commissioned research from Penn Schoen Berland (PSB), which over the course of 2012 and 2013 conducted 941 interviews in 2012 and 2013 among small-businesses decision-makers, from companies with 1 to 99 employees in Miami, Atlanta, Chicago, the San Francisco Bay Area, Los Angeles-Orange County, Austin, Philadelphia, Boston and Seattle.