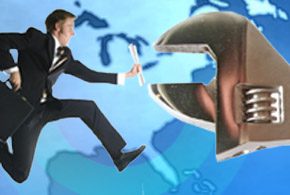 With small and midsize business owners split on perceptions of the economic recovery, local marketing company Reply’s eighth Merchant Confidence Index, a survey of local business owners across the country sharing their confidence levels about the current economy, indicated the use of mobile marketing on free social media platforms is growing among midmarket companies.

The survey also indicated SMBs are more likely to use mobile services that facilitate transactions such as Square (14 percent) and PayPal (20 percent), with 11 percent planning to start using a mobile transaction service in the next 3-6 months.When asked what free social media platforms they use to promote their business, nearly 70 percent of respondents state they use Facebook and 33 percent said they are using the micro-blogging site Twitter. However, when asked which platforms they are paying for promotions, only seven percent are tapping into paid promotions on Facebook and only one percent on Twitter.

Growth has also been slow in other paid marketing services, such as daily deal sites and review sites. Only 11 percent of respondents said they have run a daily deal over the last six months, the same percentage as in the fourth quarter of 2011, and just 11 percent say that it is likely they will run a daily deal in the next 3-6 months. When it comes to online reviews, 46 percent of respondents said they find them helpful to their business, but only 10 percent are using paid review services and 90 percent have no plans to start using them.

“Our data shows that American small businesses are still struggling to recover from the recession,” Reply CEO Payam Zamani said in a statement.”As a result, small business owners have turned to free social media platforms such as Facebook and Twitter as marketing vehicles. In turn, they have slowed their investment in paid marketing services such as daily deals, though there are still many opportunities for growth within certain segments of service offerings.”

Despite economic concerns, mobile marketing is on the rise, with 8 percent of respondents currently purchasing mobile ads and 15 percent planning to in the next 3-6 months. When asked how likely they are to explore building a mobile Website or mobile app for their business in the next 3-6 months, 16 percent of small business owners stated that they are very likely to explore it, while 17 percent said that they already have an active mobile app or Website.

The data also indicated that economic concerns are still weighing heavily on small businesses, with nearly 60 percent of respondents stating that they believe the U.S. economy was better off four years ago than it is today. Just 22 percent of small business owners believe the economy is better off now, and 21 percent believe there have been no changes. With these concerns weighing on small business owners, investment in many paid marketing services has stagnated, with little growth seen in adoption of daily deals and several other paid services.