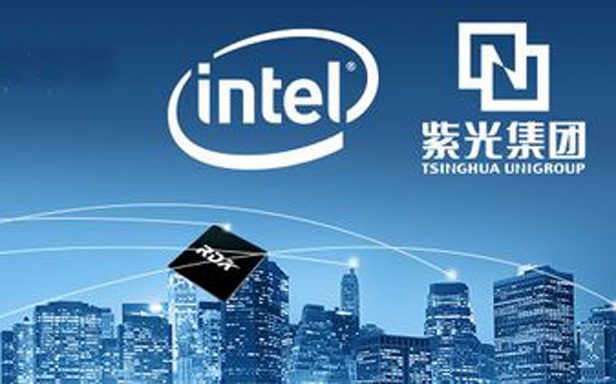 Intel and Micron, which have worked together to develop non-volatile memory packages for more than a decade, are getting what amounts to a divorce. But Intel isn’t worried; it’s already has picked up a new partner on the rebound.

Intel is angling to move the focus of its 3D NAND flash storage-class memory business to a relatively unknown Chinese company, Tsinghua Unigroup, by providing the company with its chips, according to the Nikkei Asian Review.

3D XPoint May Have Been the Crux of the Problem

Micron and Intel announced back in January that they will discontinue their partnership on NAND Flash development after completing the development of the third-generation of 3D NAND flash. However, the divorce decree isn’t final yet. The two companies are still developing the second generation (64-layer), and the third generation is expected to reach 96-layer.

This means that, for development of products greater than 96-layer, the two will part ways. This decision will not bring significant impact in near term on their businesses in terms of manufacturing process technology improvements and product planning, DRAMeXchange said. They will have more opportunities to seek new partners after parting ways.

But Intel isn’t sitting still with Tsinghua Unigroup now in the picture. The two companies are now discussing further collaboration in storage-class memory product offerings and sales, DRAMeXchange, a division of TrendForce, said.

Where Intel and Micron’s relationship went off the rails was centered around 3D XPoint (pronounced 3D Crosspoint), a major project announced by the two companies in July 2015. 3D XPoint was billed as the first completely new memory form factor since Toshiba brought NAND flash to the market in 1989.

This non-volatile, storage-class memory, which was several years in development, was supposed to be a whopping 1,000 times faster than NAND flash. If that guess was only 10 percent accurate, it was still expected to be pretty fast. However, performance expectations apparently were never met.

Major Gap Between DRAM and NAND in the Market

3D Xpoint chips are included in Intel’s Optane chipsets that are being marketed for high-end enterprise data-processing jobs, such as fintech, scientific, military and government use cases. But it’s the combination of 3D XPoint and other Intel software and architechures that are making them workable; in other words, the chips needed a lot more help to get the work done than had been expected.

“There’s a big gap between DRAM (dynamic random-access memory) and NAND (storage),” Spin Transfer Technologies CEO Tom Sparkman told eWEEK a few days ago. “It’s a really big gap: probably a $5 billion to $10 billion market. This was what Intel’s 3D XPoint was supposed to do; this was what ReRAM (resistant random access memory) was supposed to do. It’s (3D Xpoint) is not meeting the goals that Intel set out for it, and we think the right replacement for it is going to end up being MRAM.”

That may be true, but it remains to be seen. MRAM is still at least a year—maybe two years—away from being productized. STT is along the early developers of MRAM (magnetoresistive random-access memory); eWEEK will be reporting on this soon.

DRAMeXchange said that the Chinese market has been a major focus for Intel, which has been actively seeking different opportunities of cooperation and joint venture for various product lines, including CPU, modem and memory products. In addition, Intel has been expanding its production capacity in China, and its fab in Dalian has entered production of 3D-NAND Flash.

The fabrication facility’s capacity is expected to rise continuously. Intel and UNIC Memory Technology are now discussing on long-term cooperation, DRAMeXchange said. Under the agreement, UNIC will be responsible for product testing, packaging and selling based on NAND wafers provided by Intel.