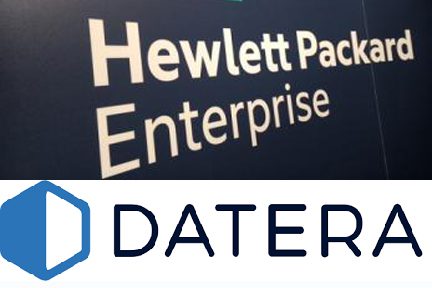 It’s clear that the customers-in-common of Hewlett-Packard Enterprise and Datera have spoken: They wanted to see these two relatively disparate companies—one pretty new to the world, the other a respected IT pioneer—working together and developing faster and more efficient solutions for their storage systems.

So, as all successful companies do, they listened and learned.

As a result, Datera, which makes a new-gen software-driven data services platform for high-performance applications, revealed Jan. 15 that it will be joining Hewlett Packard Enterprise’s Complete initiative in Q2 2019. Datera provides the software-defined storage processing missing link—whether deployed in containers, virtual machines or bare metal apps—that HPE hasn’t had on its own shelves for companies who want to update their IT systems for faster, scale-out deployments.

The new deal enables the companies’ mutual Global 2000 customers to be able to procure integrated solutions on a single HPE purchase order along with HPE’s Complete Assured compatibility and interoperability validation and HPE Complete-facilitated troubleshooting for issue resolution. Keeping the paperwork simple and contained to one vendor is something that IT admins of all types don’t often turn down.

The HPE Complete Datera solution provides the enterprise performance of high-end flash storage arrays on a software-driven platform that brings with it enterprise automation and agility. HPE claims that it can do this at lower cost than competing solutions; it called out Dell EMC’s ScaleIO as one of those enemies.

“Datera has a programmable infrastructure approach to automating and powering enterprise data for existing and not-yet-designed applications with applied machine learning,” Marty Lans, General Manager of Storage Connectivity Engineering and Global Interoperability for HPE, told eWEEK. “This, combined with HPE’s server portfolio, is the right combination to enable enterprises to eliminate data hurdles.”

The programmable infrastructure was something HPE never deigned to develop on its own.

Datera users also benefit from collaborations on validation tools, standards and processes, and can be assured that partner products work well together, HPE said.

The comingling of HPE and Datera to complete this solution for worldwide execution has taken less than a year to formulate, Churchward said.

“It’s been crazy fast. What was clear was that this is a fantastic technology that just didn’t have a voice, and we needed a voice to talk to large-scale enterprises,” Churchward said. “The market kind of aligned, because the customers bought us and HP together as best-in-class technologies. What you want to do is make sure you have a checkbox for everything a customer wants to do, because the last thing you need to do is have ‘religion.’ One of the places we were looking at was enterprise-class, software-defined deployments, and that’s really where we married.”

The integration of Datera and HPE provides an alternative to the Dell EMC VxFlex OS (formerly ScaleIO) solution by combining automation, performance and block and object storage data services to meet enterprises’ stringent requirements today and provides a solid foundation for changes in the future, including new server, memory and application development technologies.