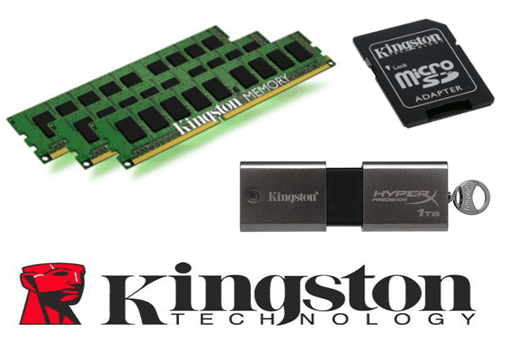 Personal computers appear to be making a mild comeback in the world market, but revenue from the dynamic memory modules that run them—as well as virtually all servers and smartphones on Earth—is seeing serious contraction in its own market.

DRAMeXchange, a division of market analytics firm TrendForce, reported Sept. 5 that the global sales revenue of DRAM modules for 2016 totaled $6.9 billion, amounting to a decline of about 12 percent compared with the result of the previous year.

The depressed PC DRAM prices during the first half of 2016 and the continuing contraction of the do-it-yourself market were the main factors behind the revenue drop, the market analyst said.

However, the market has made a strong comeback during the first half of 2017, the analyst said. Global DRAM revenue reached a new historical high in the second quarter of 2017 with global average sales prices of PC and server DRAM products rising by more than 10 percent sequentially in the second quarter.

Kingston Technologies of Fountain Valley, Calif., has a stranglehold on this world market, owning nearly three-quarters (72.5 percent) of all DRAM revenue. SMART Modular Technologies and China’s Ramaxel are in a virtual tie, far back in second place at about 4 percent each.

DRAMeXchange said that the DRAM market was in oversupply during the first half of 2016 with the average selling price of 4GB PC DRAM modules hitting a low of $12.50.

Following the second quarter of 2016, a surge in mobile DRAM demand began to have an impact on the supply of DRAM products for other applications. It was then that the PC DRAM market finally started to see tightening supply and improving prices, DRAMeXchange said.

Even though PC DRAM rode on the price uptrend for the rest of 2016, its average contract price for the entire year plunged by 34 percent compared with 2015, the analyst said. The global average spot price suffered even steeper drop. Consequently, the module industry took a major hit in revenue with most suppliers posting declines in their annual results.

Kingston increased its shipment share in the contract market for PC DRAM and benefitted from its expanded DRAM product lines. Even though the average contract price of DRAM again fell more than 30 percent annually in 2016, Kingston was able to persevere with just a 6.7 percent drop in its total DRAM module revenue for the year.