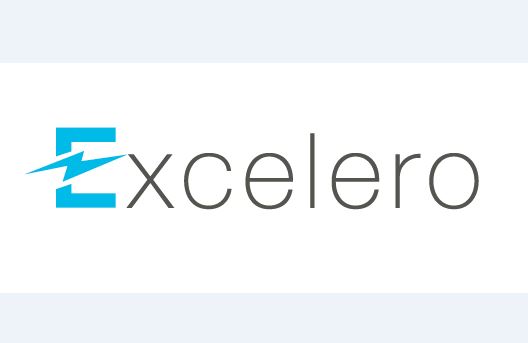 In an industry moment when some young storage vendors are going belly-up (Violin Memory, Coraid, Nirvanex) and most others simply aren’t making any money, Excelero Storage has boldly stepped forward out of stealth mode and planted a new stake in the ground.

The Santa Clara, Calif.-based startup, which develops software-defined block storage for data center fabrics, came into the bright light of the public stage March 8.  At the same time, it released version 1.1 of its NVMesh Server SAN software for NAND flash servers running web and enterprise applications at any scale.

How does Excelero plan to survive and succeed on a road where others have had to veer off and end their journeys? Basically by offering the high performance, scalability and cost-effectiveness of storage systems currently being run by the largest web services providers and giving it to mainstream enterprises.

Sounds easy. But rest assured, it’s not. Using a notion from other companies and taking it to another level is never easy.

Funded in part by Fusion-io founder David Flynn, Excelero enables enterprises to deploy next-generation data centers modeled after the standard hardware-based hyperscale IT architectures of technology giants like Facebook, Amazon and Google. With NVMesh, customers can use the full performance of NVMe flash at data center scale, with predictable application performance and good price/performance levels for even the most demanding applications, the company claims.

Nonvolatile Memory Express (NVMe) over fabrics is a technology specification designed to enable NVMe message-based commands to transfer data between a host computer and a target solid-state storage device or system over a network such as ethernet, Fibre Channel, and InfiniBand.

“These enterprises are missing a critical component in the sense that they have no way of running the equivalent of a SAN (storage area network) with high performance and low cost. They need a block-storage layer that will be something that they can share, so their applications can be mobile across the data center. They don’t have to keep on running them in the same place. They need to provide performance levels that are similar to what they attain from in-server flash.”

Most Enterprises Can’t Do SDS by Themselves

The Big 5–Google, Facebook, Microsoft, AWS and Apple–have custom built these systems for themselves, Romem said. “But the vast majory of large data center operators can’t do this. They just don’t have the resources. That’s where we come in and offer our solution; there really is no other similar offering in the market today,” Romem said.

Excelero already includes GE, NASA Ames Research Center, PayPal, Hulu and JPredix among its customers, even though the company is just out of beta testing.

This isn’t about faster processing in the current architectures, Romem said.

“Re-architecting the way storage services are delivered is important. Discerning between data types and the associated compute resources is key; service implementation should be spread from a central highly-available controller to a more efficient distributed layout involving hosts, target servers and the drives themselves to enable efficient deployment on COTS (commercial off-the-shelf) hardware. We are leading this paradigm shift,” Romem said.

NVMe holds the potential for unlimited performance in hyperscale environments. On the other hand, current inefficient storage and application architectures suffer from low utilization rates–as little as 25 percent, and that has been documented many times by industry researchers. Excelero claims it can move that utilization rate up into the 70 percent-or-more area.

Following three years of development, Excelero has obtained 11 patents or patent-pending innovations for the ability to virtualize the NVMe devices and unify the capacity into a single pool of high-performance storage in order to flexibly provision storage to applications as they need it.

Romem claims that NVMesh is the only NVMe-sharing system that scales performance linearly at near 100 percent efficiency by shifting data services from centralized CPU to complete client-side distribution. Because its flexibility allows for both physically converged or disaggregated deployments to create a virtual, distributed non-volatile array, NVMesh is well suited for internet of things (IoT), big data analytics and artificial Iintelligence, as well as web-scale enterprise loads, Romem said.

Those just happen to be the hottest trends in the IT business.

NVMesh adds a mere 5µs latency (mostly from network latency; one kilometer of fiber is equal to 5µs) over local NVMe drive latency, enabling admins to use full performance of their hardware at data center scale. This enabled NASA Ames, for example, to produce 140GB/s of aggregated throughput and 30M random 4k IOPS. This was achieved on 128 x86 servers. Observed average latency was below 200µs and the CPU overhead was negligible, the company said.

To future-proof deployments and ultimate flexibility, NVMesh also supports the NVMe over Fabrics (NVMf) transport and is an active member of NVMe Express consortium that is helping to shape future refinements of this standard.  Excelero is a supporter of other open initiatives, such as LinkedIn’s Open19 and Facebook’s Open Compute Project, that assist enterprises in transitioning infrastructures to new-gen hardware for maximum efficiency and flexibility.

“It’s (Excelero) is a scale-out performance play for software-defined storage,” Marc Staimer of Dragonslayer Consulting told eWEEK. “Most of the players here, when they focus on performance, it’s typically in a single appliance, not in a scale-out basis. Excelero is unique in performance by using the RDDA on 25/50/100Gb ethernet.

“Like all performance plays, they lack storage services, because storage services would reduce performance. Snapshots, deduplication, compression, replication, thin provisioning–all of them are CPU-intensive. At least at this variation of the product, there’s a very narrow focus on the 15 percent of the market that is performance-oriented.”

“With the NVMesh RDDA protocol, the latency to a remote device is so small that the application won’t notice the difference between local and remote. It enables applications to effectively share NVMe, which will only become more significant as new non-volatile memory technologies like (Intel/Micron’s) 3D XPoint come to market,” Marks said.

“NVMe has a lot less overhead than any of the SCSI based technologies, and flash is now fast enough for that to matter,” Marks told eWEEK. “But local SSDs aren’t resilient at all, so other vendors are finding ways to share the flash with NVMe-like overhead–not SAS, or worse, iSCSI–overhead.”

Looking Ahead at the Flash Storage Market

Marks posed a couple of questions for buyers looking a few years out on their storage systems.

“Were I either an investor or a customer, I’d ask: How big is the market and how long will it last?” Marks told eWEEK. “Today I can engineer a Pure, Solidfire or other AFA (all-flash array) to deliver 1 million IOPS at 800-microsec latency. Excelero should be 3 to 5 million at 100 microsec. So today’s market is folks that can pay for an expensive solution with the monetized difference between 800 and 100 microsec.

“Two to three years from now, Pure will replace the SAS SSDs they use now with NVMe and add NVMe over fabric as an access protocol. That will bring pure down to 500-microsec latency and the market will shrink.”