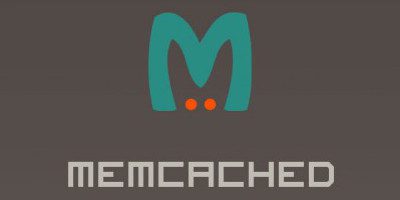 Big developments in the caching side of data center systems are beginning to come to the fore, in the form of dedicated, new Silicon Valley-based companies that come bearing cutting-edge products.

Gear6 of Mountain View, Calif., announced April 13 that it will launch a memcached-based product April 20 at the MySQL Conference in Santa Clara, Calif.

Web Cache, just out of beta, is a plug-in appliance that doesn’t disrupt an established data center system, yet it adds more capacity and functionality to it. Web Cache offers scalability for applications and built-in failover and replication, reduces the number of memcached servers required, and provides new levels of management and control over memcached deployments, the company said.

Schooner: Out of Stealth Mode

“We [along with co-founder Tom McWilliams, who also founded PathScale] just saw a great opportunity to fundamentally fix some ongoing problems with power, space and poor performance scaling, especially at the caching tiers and database tiers of scale-out architectures, when in cloud-computing deployment,” Busch told eWEEK.

Schooner is utilizing a sort of perfect storm of ingredients to come up with its super-fast data access appliances: multicore processors, such as Intel’s quad-core Nehalem; increasing density and reliability of NAND flash; and some top-level secret sauce in the form of networking software, cooked up by Schooner itself.

“What the Web 2.0 companies do now to get quick response time [for transaction-heavy enterprises] is that they build a whole tier of servers [built with DRAM] in the data center that are caching servers. They cache results sets from the databases,” Busch said. “They are typically 10 to 15 percent utilized. They don’t scale well with the multicore processors.

“We’ve created a new operating environment [in our appliances] that scales perfectly with the multicore processors. We replace all the DRAM of caching servers with flash memory, using one-hundredth the power of DRAM; in the database servers we replace all the disks with flash memory, and it scales perfectly with the processors.

“So we’re able to integrate all this very tightly with the middleware applications to be able to provide eight times the performance and using only about an eighth of the power [from the wall].”

Schooner, founded two years ago, also has a wild card up its sleeve: a new collaboration with IBM. Big Blue soon will be offering Schooner’s appliances as an optional feature with its System z mainframes, which have been gaining a new level of popularity in recent months.

Fusion-io, which we have written about several times here at eWEEK, is also focused on SSDs in its storage products.