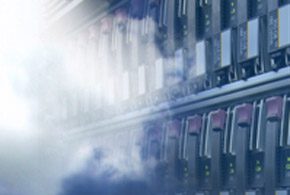 SANTA CLARA, Calif.—There was a lot of talk at the Storage Network World conference here about how steadily falling prices for solid state drives and Flash memory threaten the viability of hard disk drives in the computer industry.

While breakout sessions on SSD and Flash memory technology dominated the schedule during the conference Oct. 16-19, the general conclusion appeared to be that although price declines are eliminating the cost premium for Flash, it’s still too early to relegate HDDs to the IT scrap heap.

SSDs look increasingly attractive in terms of cost per terabyte (TB), performance, energy efficiency and availability. However, the fact remains that basic technological change still comes slowly to large enterprises when managing critical IT resources, according to industry analysts interviewed at the conference.

“We can have an intellectual conversation about how some technologies can bash other technologies, but what I find in the real world is that customers go at a much slower pace,” said Arun Taneja, founder and consulting analyst at Taneja Group, and moderator of a panel discussion on Flash deployments at a sampling of companies. Another indicator of the health of the HDD market is that disk storage product news remained prominent at the conference.

Nonetheless, 2012 has been a landmark year for SSD/Flash. Figures released Oct. 11 from the IHS iSuppli Memory & Storage Service show that SSD shipments in the first half of this year totaled 12.9 million units, reached 10.5 million in the third quarter and are forecast to hit 17.5 million units in the fourth. The figures are for Flash memory in a variety of markets, including consumer devices like smartphones, tablets and laptops, as well as enterprise systems.

Meanwhile, Flash memory prices have fallen by as much as 48 percent over the last two years, according to industry analysts, owing in part to a price war between manufacturers such as Intel, Samsung, Micron, Hitachi and others.

Taneja says the price for SSD in enterprise-grade storage systems has fallen to as little as $3/TB from $30/TB just earlier this year. Other sources have cited prices in the sub-$1/TB range.

“Flash SSDs will give you lower power [consumption], lower cooling requirements, lower space requirements, amazing IOPS and amazing throughput. What’s not to like?” Taneja said. IOPS refers to input-output instructions per second, a measure of how quickly data can move in and out of storage.

Today, Flash can deliver higher performance than HDD technology for a fraction of the cost in enterprise environments, he said, such as the delivery of a virtual desktop infrastructure (VDI) to multiple desktop computers in an organization.

“If you want a VDI solution that would cater to 200 users today, if you go to a hard disk drive solution … you’ve got to spend $100,000. With SSD you can spend less than $10,000 and get 10 times the performance,” Zadeh said during an interview at Oracle OpenWorld 2012 recently in San Francisco, where STEC was exhibiting. “If you ask me, about three years from now the hard disk drive is going to be the tape of today.”

But Taneja isn’t ready to relegate HDD to the Computer History Museum yet. He said that despite the promise of SSD and the rapidly changing market dynamics, enterprises feel the need to perform their due diligence before making what for them would be a dramatic change.

Sure enough, the schedule at Storage Network World included a case study presentation on how Wells Fargo integrated its IT systems with those of Wachovia Bank, which it acquired in 2008. With $1.4 trillion in assets of the combined financial institutions to protect, Wells Fargo doesn’t make big IT moves like that hastily, said Scott Dillon, executive vice president of technology infrastructure services.

“We will tend to not be the first in on the new things for a lot of reasons,” Dillon said. “We do see a lot of promise but we’re not going to be the first to have it in critical places.”