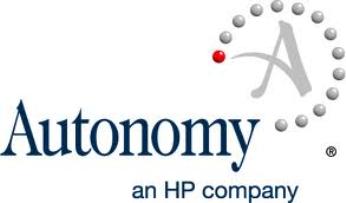 Hewlett-Packard, which revealed Jan. 2 that it is again considering trimming businesses that aren’t bringing in positive cash flow, is still fighting a nightmarish battle with the founder and former CEO of its most expensive recent acquisition, Autonomy.

Until the iconic IT company resolves this problem—either by wrestling with Autonomy to make the division profitable, selling it off or closing it down completely—this conflict will not go away.

HP filed its requisite 10-K with the Securities and Exchange Commission on Dec. 27, and in it, CEO Meg Whitman said the company is continuing “to evaluate the potential disposition of assets and businesses that may no longer help us meet our objectives.”

However, it said little about the $8.8 billion write-off of the $11.3 billion Autonomy acquisition that closed back in October 2010—one of the biggest problems the company currently faces.

Autonomy was supposed to be the long-term answer for HP’s software business, but instead it has been one headache after another.

HP claimed during its quarterly earnings conference call last November that Autonomy had committed “serious accounting improprieties, disclosure failures and outright misrepresentations … that occurred prior to HP’s acquisition of Autonomy and the associated impact of those improprieties, failures and misrepresentations on the expected future financial performance of the Autonomy business over the long term.”

Among other things, Autonomy makes search engines that help companies find vital information stored across computer networks. Acquiring it was part of an attempt by HP to strengthen its portfolio of high-value products and services for corporations and government agencies.

Among the tricks used at Autonomy, Whitman said on the conference call, was that it had been booking the sale of servers as software revenue and claiming the cost of making the machines as a marketing expense. Revenue from long-term contracts also was booked up front, instead of over time, Whitman said.

After the 10-K was filed last week, Autonomy creator Mike Lynch criticized HP in a letter to media, stating that HP in the report “again failed to provide any detailed information on the alleged accounting impropriety, or how this could possibly have resulted in such a substantial write-down.”

Although HP won’t dare say it at this time, Autonomy is probably on the table as one of the divisions that might eventually be sold off or even axed completely. After all, the huge all-purpose IT company basically admitted it made an $11 billion mistake when it claimed the $8.8 billion charge on its quarterly earnings reports in November, citing “serious accounting and credibility problems.”

Although HP did not specifically name any of its numerous divisions as candidates for the recycling bin, drastic measures might be expected of a company whose stock has slipped more than 70 percent in less than three years.

(See page 2 for Lynch’s letter and additional comments from HP.)

Here is Lynch’s letter in its entirety:

“HP is backtracking. … We urged Meg Whitman to use HP’s annual 10-K filing to provide a full explanation of the allegations of accounting impropriety at Autonomy, which she made on Nov. 20. Unfortunately, she did not do so. HP finally filed its 10-K yesterday, more than a week later than usual, but again failed to provide any detailed information on the alleged accounting impropriety, or how this could possibly have resulted in such a substantial write-down.

“HP’s failure to provide us and its own shareholders with clarity on these crucial issues does not come as much of a surprise. Ever since putting out those very serious but nonspecific allegations last month, HP has refused to disclose either the substance of its allegations or any supporting evidence.

“In fact, HP’s 10-K filing appears to raise many more questions than it answers. Having had further time to study HP’s filing since it was released (on Dec. 27), it is apparent that a number of the statements contained within the filing are materially different from HP’s previous commentary on these issues. It also appears that the company is backtracking on a number of key points that underpinned its original allegations:

1. How much of the Autonomy write-down is actually being blamed on accounting improprieties?

“In its Nov. 20 statement, HP stated, “The majority of [the Autonomy] impairment charge, more than $5 billion, is linked to serious accounting improprieties, misrepresentation and disclosure failures” committed by “former members of Autonomy’s management team.” However, HP’s 10-K filing refers much more equivocally to a $5.7 billion goodwill impairment charge that “incorporates” the alleged accounting improprieties at Autonomy. So how much of the $5.7 billion is being directly attributed by HP to accounting improprieties, and how much should in fact be attributed to other changes in business performance, earnings projections and discount rate?

2. Does HP have facts or beliefs?

“In its Nov. 20 statement, HP was definitive in accusing “former members of Autonomy’s management team” of “serious accounting improprieties, misrepresentation and disclosure failures,” stating these matters as fact. However, HP’s 10-K filing is materially weaker, referring to its interpretation of accounting improprieties, which it “believes” to have taken place at Autonomy. Why did it make such definitive assertions before any independent assessment of the matter, and why is it less confident now than it was a month ago?

3. Why does the 10-K contain less detail than its last statement?

“HP’s Nov. 20 statement clearly leveled the accusations at “former members of Autonomy’s management team.” However, HP’s 10-K filing does not repeat—let alone expand upon—this specific detail, or indicate who it is accusing of wrongdoing. Every time we ask for more information, we get less.

“Today we renew the call for HP to release the PwC report on which its allegations are based, along with any other relevant supporting evidence that was behind the statements of Nov. 20, and explain the material differences between those statements and the 10-K.

“It is time for Meg Whitman to stop making allegations and to start offering explanations.”

HP had the following response to a query from eWEEK:

“HP has been very transparent about the issues relating to Autonomy and the reasons why we announced an $8.8 billion noncash impairment charge on Nov. 20. As we have said previously, the majority of this impairment charge, more than $5 billion, is linked to serious accounting improprieties, disclosure failures and outright misrepresentations discovered by HP’s internal investigation into Autonomy’s practices prior to and in connection with the acquisition.

“Our Form 10-K for fiscal 2012 is meant to provide the necessary overview of HP’s financial condition, including our audited financial statements, which is what our filing does. As disclosed in the filing, the U.S. Department of Justice advised HP that they have opened an investigation relating to Autonomy. HP is cooperating with the Department of Justice, the Securities and Exchange Commission and the UK’s Serious Fraud Office in this matter. We continue to believe that the authorities and the courts are the appropriate venues in which to address the wrongdoing discovered at Autonomy.”