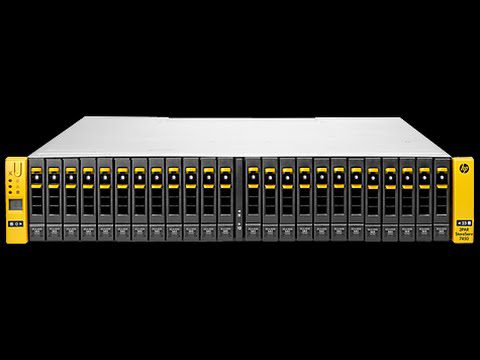 Hewlett Packard Enterprise had been quiet regarding its 3PAR storage for several months, but that changed this week when it introduced a new HPE 3PAR operating system that it contends “provides a futureproof foundation for hybrid IT.”

Future-proofing anything in IT is a tall order because system components change over so frequently that it’s almost impossible to predict what will be useful and reliable—and what will become expendible—years from now. Nonetheless, HPE is challenging this norm with its storage systems.

‘Third Wave’ of Flash Storage is Upon Us

“It’s important to keep in mind the attributes of Wave 1 and Wave 2 [flash storage] were performance, affordability and enterprise-class data services, ” Mulchand said. “Wave 3 now says that enterprises need to think broader than the storage array. You have your standard Oracle and SAP applications that run in a data center, but you also have to think about running apps in the cloud on containers, Mesosphere, Kubernetes and so on. Those applications also have to run quickly and well. How do you architect for those applications? You optimize with some elements on the server stack, some elements on the storage sack, so you don’t get bottle-necked.

These new demands go beyond the performance or cost of an individual flash array, meaning that all-flash storage vendors must also help users simplify operations across the data center, mitigate risks from edge to core to cloud and support hybrid IT transformation, Mulchand said.

HPE goes beyond compression with a unique 3PAR Data Packing algorithm that organizes data writes in a way that avoids the garbage-heavy processes that weigh down other flash storage arrays.

In summary, the latest 3PAR OS enables users to:

–accelerate applications running over iSCSI to reduce latency by up to 40 percent via 3PAR Express Writes optimization;

These benefits are available at no extra charge as part of new, all-inclusive licensing that simplifies purchasing and reduces costs by up to 30 percent, Mulchand said.

New Functionality Comes to Licensees at No Extra Cost

As critical workloads migrate to flash, risk mitigation is critical. HPE reduces risk in hybrid IT deployments, starting with transparent application and host failover at the core of the data center via HPE 3PAR Peer Persistence, which now has three-data center support for disaster recovery across greater distances.

As part of the right mix of on-prem and off-prem storage, data protected on HPE StoreOnce Systems can now be replicated to the cloud, thanks to Microsoft Azure support for HPE StoreOnce VSA software and existing StoreOnce Catalyst integration into HPE Data Protector and leading ISV backup applications.

As users look to hybrid IT to speed service delivery, HPE continues to embed automation and cloud-based analytic capabilities into 3PAR management tools that complement integration into HPE OneView and HPE Synergy.