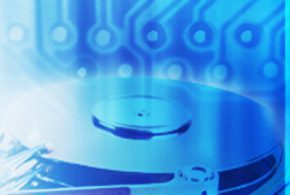 The 20nm IMFT NAND technology uses a planar cell to overcome the difficulties inherent in advanced process technology, enabling performance and reliability equal to the previous 25nm generation. In terms of performance, when measuring random input/output (I/O) operations per second (IOPS), the 335 Series reads up to 42,000 IOPS and writes up to 52,000 IOPS, according to a company release. The drives started shipping worldwide this week and are available in a 2.5-inch form-factor 9.5mm case and backed by a three-year limited warranty. The package also includes a 2.5-inch to 3.5-inch drive adapter and SATA cables.

Intel SSD purchasers can also pick up the company’s SSD Toolbox, which comes packaged with SSD Optimizer, a free utility that provides Microsoft Windows users with a set of management, information and diagnostic tools to help maintain the health and performance of the drive. The Toolbox, available in 11 languages, is also Windows 8-compatible. Among the features in the Toolbox is the ability to view model number, capacity and firmware version, as well as drive health and estimated drive life remaining, and identity device information, which is also available for hard-disk drives and non-Intel SSDs.

The Toolbox allows users to optimize the performance of an Intel SSD using Trim functionality, obtain proactive notifications of new Intel SSD Toolbox software versions for Windows 7 and Windows 8 systems, update the firmware on a supported Intel SSD, and run quick and full diagnostic scans to test the read and write functionality of an Intel SSD. Rounding out the package is the ability to check and tune system settings for optimal Intel SSD performance, power efficiency and endurance; view system information and hardware configuration, such as central processing unit (CPU), chipset, controller name and driver versions; and run Secure Erase on a secondary Intel SSD.

To further facilitate the installation, Intel SSD users can also download the company’s free Data Migration Software to help clone the content of a previous storage drive (SSD or HDD) to any replacement Intel SSD.