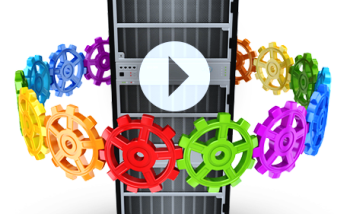 Storage networking specialist iWave Software has launched an automation product that empowers line-of-business users to provision, extend and reclaim enterprise storage without having to bother the IT department.

News of this nature is being welcomed more and more as a breath of fresh air in many enterprises, because businesspeople can do more on their own while allowing IT admins to focus more on efficiencies and not have to deal with the more routine aspects of their jobs.

“This new version allows us to extend the automator over onto the file system,” Ron Smith, vice president of sales and marketing at Frisco, Texas-based iWave, told eWEEK. “It ships as a v-app—so it snaps right into the VMware ESX server. This allows us to get it stood up and running in a matter of hours.”

Once installed in the ESX server, it automatically gathers all the storage assets in the system: arrays, switches, hosts, vCenters, everything—and imports it all into the Introspection engine inside the iWave platform, Smith said.

“Then it will go and figure out all the attributes that are associated with all those assets. Once you do that, it’s a simple matter of defining a policy—if it’s different from what we ship out of the box—and associate that with a service, which associates back to a user, and you’re good to go,” Smith said.

Features in iWave v6.5 include: