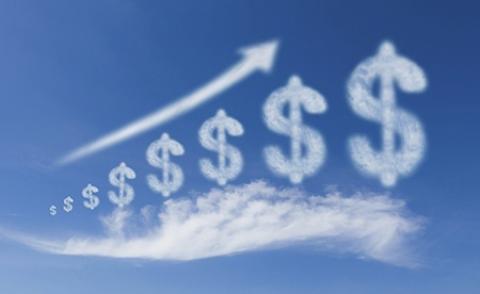 The use of cloud services is exploding. Analysts at IDC determined that revenue for the worldwide public cloud market totaled $233.4 billion and grew 26% year-over-year in 2019, and the trend doesn’t seem to be letting up anytime soon. But, as with any spending bonanza, not all of the money spent is being put to good use: Flexera’s 2020 State of the Cloud Report found organizations waste 30% of their cloud spend.

One of the value propositions of the cloud is you only pay for the resources you use. But, just like leaving the lights on in a room when you leave, this can also mean you’re needlessly paying for resources you’re not using. For example, intermittently used cloud environments are often “left on” after people are done using them, running up cloud resource consumption costs.

Any resource going unused or not being used properly can be considered waste when it comes to the cloud. For example, in a developer test environment, someone can spin up an environment, and later they may no longer need it–but they leave it sitting there. Or maybe an employee has left the company without properly documenting the environments he or she created. Whether they are being used or not, those environments now exist and are racking up costs every day, running 24/7 with no benefit to the company.

Here’s another example: With the recent shift to remote work, many virtual desktops have been abandoned. Identifying and eliminating these resources can go a long way in reducing waste. Finally, look for unattached or unused volumes and load balancers within your environment. These, too, are big sources of waste and getting rid of them is another effective way to lower costs.

Organizations often do not do enough up-front work to determine what their requirements are before migrating to a cloud environment. It’s understandable; many IT departments are running with a “hurry up and go” mentality. But if you don’t take the time to understand what’s on your existing on-premises environment and identify what your cloud requirements are, then you could end up with more resources than you need in the cloud. This means you’re spending more money than is necessary.

Maybe you did the necessary upfront work to size resources appropriately before you moved to the cloud, but it’s been a few years since your migration. Chances are, a lot of things have changed in the interim, so it’s also a good idea to periodically assess the resources running in your cloud environment to make sure that sizing decisions are still relevant. For example, are resources running at the proper CPU or memory usage rate? Is there an appropriate balance between the application and the size instance? Getting sizing right can eliminate waste and ensure you’re only paying for what you actually need.

Data Point No. 4: Ensure that resources are up to date

Keeping cloud resources updated to the latest version can not only boost efficiency but may have cost-saving benefits as well. For example, when some cloud providers release updates (e.g., new generations of instances), performance increases are often coupled with lower costs. It’s a two-for-one deal: better performance for a lower price. Thanks to that increased performance, you’ll likely reach a point where you won’t need as many instances to run those applications. So, you’ll see that this simple cost-saving measure can actually have a trickle-down effect and create improvements in other areas as well.

Data Point No. 5: Turn off what you aren’t using (temporarily)

Often when we talk about eliminating cloud waste, we focus on turning things off for good. However, everyone has those “lights in the room” that they should turn off when they don’t need them. Think about things such as development, QA and staging environments. Maybe you can shut down some of these environments overnight or on the weekends when they aren’t needed. You can always turn it back on later.

Temporary workloads, such as batch processes, can also be a prime candidate for this type of cyclical schedule, only keep them on when they are running and in action. Some of these instances are billed down to the second. If you can turn them off even for a fraction of an hour, you may be able to save money.