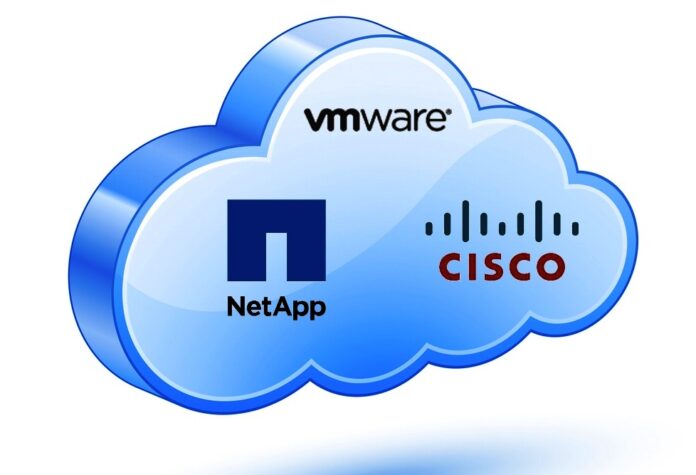 NetApp, Cisco Systems and VMware–a trio of rather influential enterprise IT product and service providers–have looked back at three years of their FlexPod project and declared it a success worth continuing.

More than 3,000 customers later, the FlexPod has proven to be a legitimately popular item for inclusion in new-gen data centers that run public and private clouds, mainly for midrange-size enterprises.

A FlexPod converged data center system, which uses NetApp storage arrays to go with Cisco’s Nexus data center servers and networking gear, is designed for heavy-duty cloud computing workloads involving hundreds of servers. It is a head-on competitor to the VCE VBlock (a partnership of EMC, VMware and Cisco) unified server-storage-networking system, which also uses Cisco servers and networking. It also competes with some of EMC’s VMAX systems.

Cisco definitely enjoys the best of both worlds, with the industry’s top two storage makers each selling its servers and networking equipment. VMware (with its vSphere management suite) and Intel (its Ivy Bridge processors populate most of these units) also like this arrangement.

Industry researcher IDC reported that FlexPod systems sales brought in about $203 million in sales revenue during Q2 2013, a 47 percent increase from the same period a year ago. Vblocks reaped $176 million during the same time frame, up 35 percent over 2012.

In their announcement Oct. 31 about its latest FlexPods, the three companies also revealed that they’ve added another partner, Citrix, into the mix. Citrix is providing additional IT and cloud management software to give customers more choices when putting their FlexPod systems together.

The updated FlexPods can use hypervisors from VMware, Citrix or Microsoft and have added more functionality, including the automation of integrated infrastructure, business continuity solutions and validation of new products and reference architectures.

Indeed, the sales have been good. In three years since the Nov. 9, 2010 FlexPod launch, Cisco and NetApp now have sold them to 3,000 customers in 78 countries. Channel partners have surpassed the 1,000 mark.

Back in January, Cisco and NetApp came together to extend their FlexPod agreement and further development of the data center package. The new version, launched Oct. 31, is the result.

The new FlexPod components are:

—UCS Director 4.1 deeply integrated with NetApp clustered Data ONTAP, which simplifies the end-to-end administration and automation of FlexPod; and

–the addition of Citrix to the FlexPod Cooperative Support program, which brings together the technology expertise of Cisco, NetApp and now Citrix making FlexPod has the broadest IT and cloud management support.

“Our approach was to expand the reach of the FlexPod from the data center to out into branch offices and into the public cloud, and to be able to manage across all those environments,” NetApp director of Virtualization Solution Marketing Adam Fore told eWEEK.

“The MetroCluster storage layer creates a highly available data infrastructure that mirrors data between two sites within a metro distance,” Fore said. “If there is a failure (such as a power outage) at either of the two sites, the environment immediately fails over to the other environment without missing a beat. It continues to operate.”

Mark Balch, Cisco’s Director of Product Management in the Data Center Business Unit, told eWEEK that the FlexPods are set up so that they can be managed from end to end using Cisco’s Unified Computing System (UCS) Director and UCS Central platforms, “so that there are a common set of policies at the infrastructure level that spans storage, compute, network and virtualization.

“What this means is that administrators can set up consistent environments across all data center operations to ensure that when they may need to do a failover, that they know that they’ll be moving their application to a known, stable environment, based on the primary location,” Balch said.

For pricing and other information, go here.