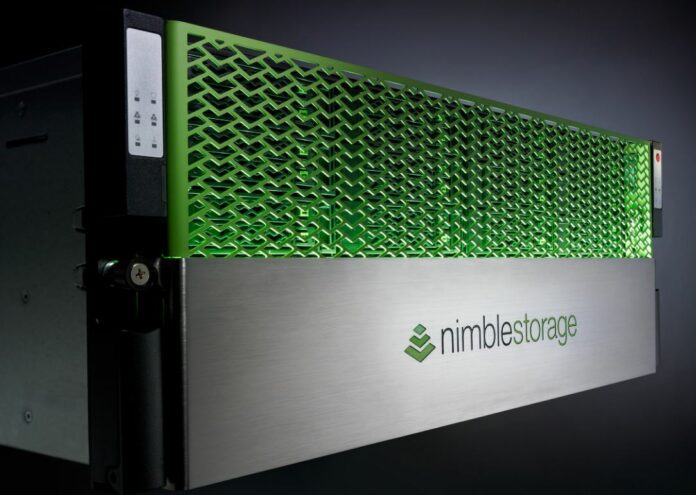 Nimble Storage is bent on making storage faster and smarter than servers and virtual machines. This is how it has decided to step up its storage marketshare fight against EMC’s XtremIO, Pure Storage, Kaminario, Violin Memory and a host of others.

The San Jose, Calif.-based company, which has gained more than 7,500 customers and was able to go public in December 2013 thanks to its high-performance hybrid flash-and-HDD systems, unveiled its first all-flash array, the Nimble AF-Series, on Feb. 23. The company claims that this array is larger, faster and ultimately less expensive than everyone else’s, because it can hold up to 8 petabytes of storage, move it at up to 1.2 million IOPS and offer a lower cost-per-GB than competitors can provide.

But performance is what it’s all about. Nimble’s array controller combines fast flash performance with InfoSight Predictive Analytics to deliver data velocity—thus more monitoring, query and notification results in shorter periods of time.

Eight-year-old Nimble home developed InfoSight for its predictive analysis technology and user portal a couple of years ago, and now that IP is hard at work doing millions of calculations per second in the new all-flash array.

Intelligence Has Always Been There for Storage

“We’ve always had the ability to tell you exactly everything that goes on within the storage system. But now we now have the ability (with the new controller) to reach up into the hypervisor and give visibility on what’s going with the VMs themselves,” Ajay Singh, Nimble’s Vice President of Product Management, told eWEEK.

InfoSight’s VMVision is a monitoring feature that intuitively flags conditions that may cause performance issues showing throughput, IOPS and latency levels across all layers—host, network and storage. Armed with actionable intelligence, administrators can proactively identify and address rogue VMs that consume more than their fair share of infrastructure resources.

Good System of Checks and Balances

This all amounts to a pretty fair system of checks and balances between servers and storage in an enterprise system.

The flagship Nimble AF9000 All Flash array can provide up to 350,000 IOPS at sub-millisecond latency and scales effective capacity to over 2PB in just 12U, Singh said.

“In scale-out four-node cluster configurations, the AF9000 can non-disruptively scale performance up to 1.2 million IOPS and effective capacity to over 8PBs, an order of magnitude greater than competitive all flash arrays,” Singh told eWEEK.