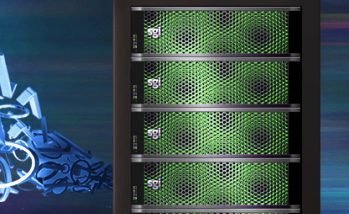 SGI InfiniteStorage Gateway takes silos of data and makes them appear as one large, online pool of data storage, accessible from anywhere in an IT system in accordance with company policies. This virtualized storage fabric can include disk, tape, object and cloud storage—it doesn’t matter to the gateway.

A gateway in a storage network is similar to a hypervisor layer in a server system, which virtualizes physical servers into virtual nodes and machines for specific tasks. SGI’s InfiniteStorage Gateway virtualizes all storage and automatically places data at any storage device or location based upon what works best for access requirements, international rules and data-protection policies.

For example, European Union regulations require that data and files created within the borders of any of its 27 member nations must physically remain stored inside those boundaries. Flexible virtualized systems such as this one enable auditable movement of data for this purpose.

User Can See and Access Data at Any Time

By transparently connecting to existing mix-and-match storage environments, SGI’s gateway also provides a way for users to see and access all the data at any time, no matter what might be happening to the storage infrastructure in the background. Because the storage infrastructure is virtualized, as requirements change the type of storage deployed can also evolve, with no interruption to users, SGI said.

“SGI previously had all the pieces to this, but now it’s been brought all together,” Bob Braham, SGI’s chief marketing officer, told eWEEK. “Much of this SGI technology is already being used in deployments with over 100 petabytes in data capacity and approaching nearly 2 billion files. Several of our customers have large virtualized data environments that have been online with uninterrupted online access to data for more than 20 years.”

Specifications on the Gateway

Some facts and figures on SGI’s new storage gateway:

–SGI InfiniteStorage Gateway is factory-integrated into SGI’s 4U Modular InfiniteStorage storage server and powered by Intel Xeon processors. The gateway is designed to be plug and play, connecting into existing network infrastructures and appearing to users and applications like a conventional storage device.

“This gateway can preserve the sense of an archive, for example, without disturbing the user access to any of this,” Braham said.

–The Gateway includes up to 276 terabytes of capacity. As that local capacity begins to fill, data is virtualized with any of multiple storage choices to enable the entire storage fabric to scale to massive proportions, Braham said.

–Virtualized tiers can include tape, Zero-Watt Disk or MAID (massive array of idle disks), and object storage. This will also enable hybrid environments that can include public and private cloud storage architectures.

“As data growth has continued to skyrocket, IT organizations increasingly face the problem of infrastructure fragmentation, and the fact that their most expensive primary storage arrays are often used to house mostly inactive data,” said Laura DuBois, program vice president at IDC Storage Systems Software and Solutions.

“Data management is not only about the performance of active data today,” DuBois said, “it also must provide a seamless long-term strategy for all data that keeps costs at a minimum and reduces IT administrative burden without impacting users.”

SGI InfiniteStorage Gateway will be available in June, Braham said. Pricing information can be found on the SGI Website.

The Fremont, Calif.-based company has owned a niche in the scientific and government IT sectors for its extreme-scale, high-performance data center products for about two decades. Back in January, SGI identified products it had originally developed for government and military deployments and updated them for commercial use, literally scaling out its storage capabilities to larger markets.

SGI, which along with Sun Microsystems was the leading enterprise-level workstation maker in the 1980s and 1990s, stumbled after the IT bubble burst in the early 2000s. It was forced to change its focus radically in recent years after its acquisition for about $42 million by Rackable in May 2009. Rackable then retained the more well-known SGI name and branding after the deal.