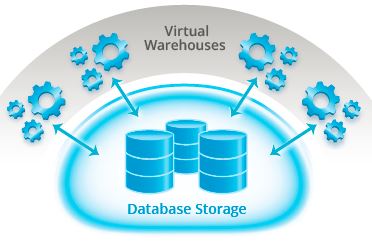 Here’s a business situation to think about: What if on a hot summer day your kid had a lemonade stand on a busy corner and was selling plenty of cool drinks. Then a friend asks if he can set up his own drink stand on the same corner, in direct competition to your kid’s business.

Your kid says yes. He had better be pretty confident that his product was of higher quality, or he might be out of business in little or no time. (You might be too, if you are the financier!)

That analogy is similar to what San Mateo, Calif.-based Snowflake Computing is doing right now. Snowflake has developed a new-gen data warehouse built specifically for the cloud, and on July 12 it announced immediate availability of its data warehouse-as-a-service on Microsoft Azure for preview.

This is an interesting development, because like those two competing lemonade stands, Microsoft Azure already has a SQL database-powered data warehouse available in its cloud. That service became available back in 2016.

“That’s true; we do compete right on Azure against Microsoft’s own data warehouse,” Snowflake Vice-President of Cloud Christian Kleinerman told eWEEK. “It’s unusual, but customer demand for Azure, and the need for large organizations to have flexibility across their cloud strategy, has helped dictate this decision for us. We’re following what our customers want; Microsoft is okay with this as an option, because there is so much demand for (cloud-based) warehouses now.

“It’s all about customer choice, and we’re giving them choices.”

Most of Snowflake’s customers are far along in their cloud journeys–and some are still making plans–but the vast majority of prospective customers it sees all have multicloud as a strategy, Kleinerman told eWEEK.

“Even though they may have an affinity or preference for one the three (major) cloud vendors, usually they want to have something that’s portable across clouds, or they can have multiple workloads across clouds,” Kleinerman said. “So the significance of what we’re doing is we are the only data warehouse vendor that is supporting across clouds.”

How Nielsen Uses the Platform

Nielsen, the global measurement and data analytics company that is most well known for its television ratings system, built its next-generation connected system as a cloud-native platform on Snowflake.

“We strongly believe that advancements in computing will happen more rapidly in the cloud. We are proactively building the future of our business by leveraging Snowflake and Microsoft Azure,” Nielsen Buy CTO Srini Varadarajan said in a media advisory.

“Organizations continue to move their data analytics to the cloud at an increasing pace, with the cloud data warehouse at the core of their strategy,” Snowflake CEO Bob Muglia, himself a former longtime Microsoft exec, said. “Customer demand for an Azure-based data warehouse is also on the rise. We’re working with Microsoft to provide the performance, concurrency and flexibility that Azure customers require from a modern, cloud-built data warehouse.”

Snowflake provides a true new-gen data warehouse built for using all of the capabilities of the cloud. Key features include: