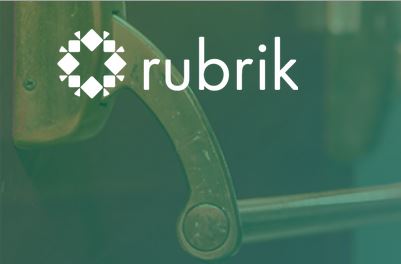 Any IT startup company with the names John Thompson, Mark Leslie and Frank Slootman listed as angel investors is probably one that other investors ought to check out.

Thompson, who was CEO of Symantec and on the short list for an Obama cabinet post, is now chairman of Microsoft. Leslie, a Stanford University professor who started Veritas and helped sell the company to Symantec for $13.5 billion, has become a highly successful venture capitalist. Slootman, CEO of ServiceNow, is former CEO of Data Domain, which he helped sell to EMC for $2.1 billion in 2009.

Now they’re all on the same team at Rubrik, a new-gen converged data management provider that bills itself as “the industry’s first solution to eliminate backup software.”

On March 25, after a full year in operation, the Palo Alto, CA-based company announced that it received $10 million in Series A funding, and has launched an early access program for its Converged Data Management platform for hybrid clouds. The product is expected to be ready for prime-time later this year.

“We have built what we call a ‘time machine’ for cloud infrastructure,” co-founder and CEO Bipul Sinha told eWEEK. Sinha has some industry credibility himself as a former Oracle data management executive, a founding investor and board member in Nutanix and PernixData and a partner at Lightspeed Venture Partners.

“Essentially this means Apple-like simplicity for enterprise IT, underpinned by Google-like, scale-out infrastructure. Our platform delivers live data and seamless scale in a hybrid cloud environment.”

Rubrik does away with all the point products (backup server, backup proxies, replication, accelerators, deduplication, disk storage, tape, off-site storage) that are necessarily involved in conventional backup and recovery systems. It replaces them with a single-box, converged backup and globally deduplicated storage, in one package.

Conventional backup/recovery is “too expensive, too brittle, too complex for the new world of IT,” Sinha said. “With Rubrik, you only need to buy one thing: That one thing runs on commodity hardware and scales on commodity hardware, just like Google, Amazon, Facebook. If you have a small environment, you buy one box, which has four nodes; if you have a very large environment, you can buy hundreds of boxes of four-node clusters. But they still manage a single system.”

One Big Data Lake — or Ocean

This infrastructure connects to the cloud (Amazon Web Services, Microsoft Azure, Google), and gives users a hybrid cloud infrastructure, he said. “So there is no need to go to the tape anymore. You can move data and files to and from the cloud (or from your onsite storage) without needing to know exactly where your data is,” Sinha said.

All of an enterprise’s data and files are in one large, hardware- and cloud-connected data lake (or ocean, as may be the case) that can be searched backward and forward using metadata; thus the “time machine” reference. Rubrik connects them all in one big, virtualized file system.

“Think of [Rubrik] as your cellphone,” Sinha said. “The cellphone is a hardware system that you get. You get service from local apps, and from the cloud backend without you knowing what data is coming from the local cloud or from the hardware. It’s all seamless to you.”

Sinha said a typical installation can be set up in 15 minutes, and that it scales out in 2U-size servers.

Researcher IDC has estimated that enterprises will spend $47 billion in 2015 on infrastructure to protect data, manage disaster recovery, enable DevOps, and archive for compliance and long-term retention. The market is comprised of legacy architectures that fail to deliver applications instantly and manage big data growth, because they weren’t designed for it.

Market May Be Ripe for Change

Thus the market appears ripe for a complete re-do and simplification of backup and scale-out storage.

“There is a huge opportunity to disrupt the secondary environment, which is the foundation of enterprise IT,” said Ravi Matter, a partner at Lightspeed Venture Partners. “We invested in Rubik because of the exceptional caliber of its leadership team and a game-changing technology in a market that has remained stagnant for more than a decade.”

To learn about the benefits of Converged Data Management, or to join Rubric’s Early Access Program, click here.