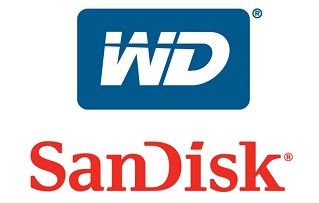 Oct. 21, 2015 brought more evidence of the continuing consolidation of vendors in the technology hardware space.

Dependent upon a SanDisk shareholder vote and the standard regulatory approvals, the merger is expected to close later than might be expected: Q3 2016.

SanDisk, which bought progressive NAND flash storage maker Fusion-io last year for $1.1 billion and has close partnerships with world-class NAND flash storage players Toshiba and Samsung, has been building up its intellectual property bank for several years. But the Fremont, Calif.-based company, which built its business in the ’90s and 2000s making and selling millions of little blue memory cards for smartphones, cameras and videocams, dived headlong into the enterprise solid-state storage sector with the acquisition of Fusion-io in June 2014.

Fusion-io IP a Key Factor in the Deal

Fusion-io’s ioDrive was the first direct-attached, solid-state server storage array that used PCI-Express, or PCIe, connectivity. The ioDrive is small—barely larger than a typical handheld device—and uses advanced NAND flash chip clustering to perform the same functions as a spinning disk storage array, only with much faster read/write performance and much less power draw.
WD, which will soon own the ioDrive intellectual property, has long needed to augment its own product line in terms of non-volatile memory. SanDisk and Fusion-io satisfy this market need; with the deal, WD automatically enters the world’s Top 3 NAND flash storage providers. Samsung is No. 1 at about 30 percent of the world market; Intel is No. 2 at 15 percent, and WD/SanDisk will soon be No. 3 at 13 percent, according to Gartner Research.

Most IT shops, if they use NAND flash, utilize it in purpose-built solid-state drives. SanDisk/Fusion-io’s angle is that its units plug into the same sockets as hard disk drives and are much faster. For example, the company claims ioDrive is capable of 120,000 random read/write IOPS—about 100 times faster than a typical Serial ATA drive.

PCIe was introduced by Intel in 2004. It is a computer-expansion card standard based on point-to-point serial links, rather than a shared parallel bus architecture, and is designed to replace the older PCI, PCI-X and AGP standards.

New WD Will Serve All Sectors

On the SanDisk side, the company sells flash memory products to all segments: consumers, enterprises and device makers. Western Digital said that it and SanDisk will total more than 15,000 patents and complementary product lines, including hard disk drives, solid-state drives, cloud data center storage solutions and flash storage solutions.

SanDisk said it will continue its longtime joint venture with Toshiba, the inventor of NAND flash.

The sale apparently came at a good time for SanDisk. The company also announced its quarterly financial results Oct. 21, and they were not stellar. It reported revenue of $1.45 billion—a decline of 17 percent year-over-year. Net income came in at $133 million, down from $263 million a year ago.

Western Digital also is slipping. It reported $3.2 billion in revenue, with a profit of $220 million in the quarter that ended July 3, down from $3.7 billion and $317 million year-over-year.

Who will the next consolidation move involve? More deals are sure to happen soon, analysts say.