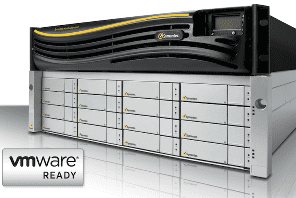 Symantec has released a new version of its NetBackup data protection package, which includes new functionality to handle large-scale VMware-based environments—systems that can suffer from the data center malady commonly called “virtual machine sprawl.”
The Mountain View, Calif.-based company, with NetBackup and BackupExec, owns about 33 percent of the enterprise data backup market, and positions NetBackup 7.6 as the “only backup product designed for enterprise-level scale.” However, it might get a few arguments from vendors such as CommVault, Asigra, Veeam, Microsoft Azure, VMware, STORServer, Dell Quest, EMC Avamar, HP StoreOnce and several others.

There’s no question that VM backup and recovery has become a hotly contested sector of the data storage industry in only the last three or four years.
“This is the largest amount of development we’ve done on NetBackup in the last two years,” Symantec Director of Product Marketing Drew Meyer told eWEEK at the Jan. 21 launch. “VMs are proliferating with the click of a button, and so backup for a lot of people has actually gotten worse, even though most efficiencies and economies of scale have gotten better. So how do you manage that massive scale?”

Can Accommodate Thousands of VMs
NetBackup 7.6 has new management features that enable the software to accommodate hundreds of thousands of virtual machines and petabytes of data, while giving customers much faster virtual machine recovery than most standard restores, Meyer told eWEEK.
“There are specific features in v7.6 designed for VMware that enable us to do a vSphere restore about 400 times faster than in v7.5,” Meyer said.
This newfound recovery speed for vSphere virtual machines is enabled by booting directly from backup storage, compared with the hours or days that could be required for a traditional restore. During the recovery, virtual machines remain powered up from within NetBackup, making them 100 percent available in vSphere during the restore, Meyer said.
Other new NetBackup features, according to Meyer, include the following:
–NetBackup Accelerator for VMware, which eliminates the need for full backups by leveraging integration with VMware Changed Block Tracking. The result is a complete, automated backup that is 35 times faster than traditional approaches, allowing customers to increase performance without compromising budget.

–Users now can protect 300 virtual machines in 300 seconds, proactively backing up and recovering data with NetBackup Replication Director for VMware by leveraging NetApp array-based snapshots to protect virtual environments without giving up recoverability.
–Additional features include multi-tenant hosting options for channel partners and managed service providers to improve scalability; and automated disaster recovery from a physical to a cloud platform to ensure data is always protected and available.

NetBackup 7.6 is available now through Symantec’s channel partners or from Symantec directly. Symantec customers with current maintenance contracts can download the new version from the company Website.