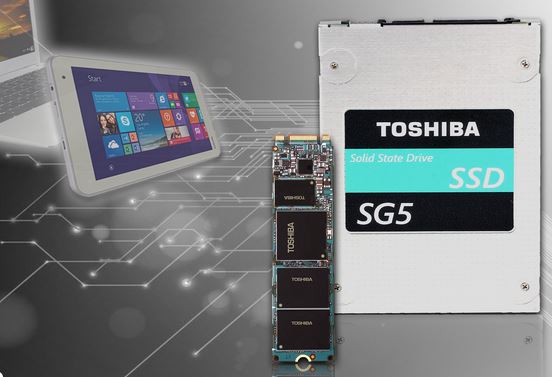 Toshiba’s U.S.-based storage division made news in two areas this week, launching a new 1TB solid-state drive for end-user devices Feb. 16 and announcing Feb. 17 that Dell will be the first OEM to use a second new SSD inside its enterprise servers.

Background on the M.2 form factor for processors: Formerly known as the Next Generation Form Factor (NGFF), M.2 is a specification for internally mounted computer expansion cards and associated connectors. It replaces the mSATA standard, which uses the PCI Express Mini Card physical card layout and connectors. M.2’s more flexible physical specification enables different module widths and lengths, and, paired with the availability of more advanced interfacing features, makes the M.2 more suitable than mSATA for solid-state storage applications in general. It is particularly efficient for use in small devices, such as ultrabooks or tablets.

On the enterprise side, Dell is the first OEM to use Toshiba’s PX04S solid-state drives in its PowerEdge R730 servers. By adding only one of those drives, the servers demonstrate 340K random-read IOPS, or input/output operations per second, (up from 175K to 200K), making them Dell’s fastest SAS-based servers, Toshiba claimed.

Samples of the Toshiba SG5 Series SSDs will be available in March. For more information, go here.