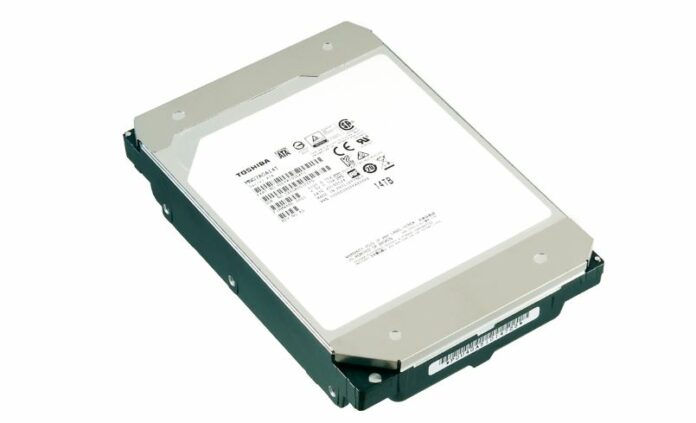 Despite 99 percent of data storage news revolving around NAND flash and other types of non-volatile memory in solid-state media, it’s easy to forget that mechanical hard drives with large capacities are still being manufactured and deployed often in production.

The Irvine, Calif.-based subsidiary of Japan’s Toshiba Corp. claimed in a media advisory that the 14TB model improves power efficiency by about 55 percent (watts/GB) over its previous 10TB non-helium-sealed 7,200rpm mechanical designs.

The MN07 Series is designed for use in NAS appliances with eight or more drive bays and is suitable for NAS file and object storage applications that require disk drives with workload ratings of up to 180TB per year, the company said. The MN07 models feature vibration compensation technology and advanced Format (AF) 512e sector technology.

Additionally, the company said, both devices are designed for 24/7 operability, high reliability with an estimated MTTF (mean time to failure) of 1 million hours and are compatible with most popular third-party 3.5-inch NAS enclosures.