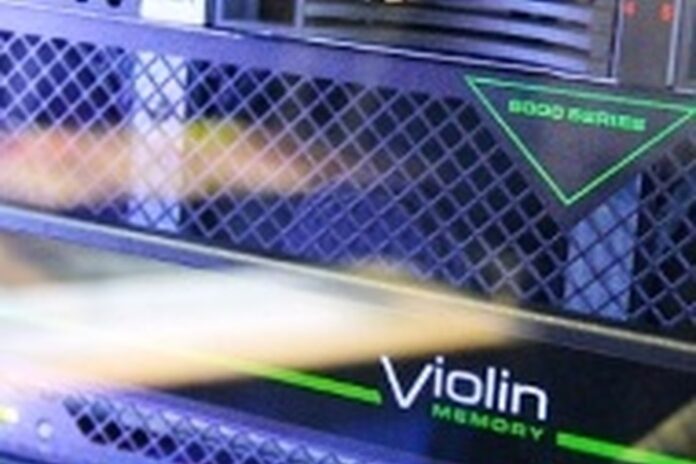 Violin Memory had been waiting nervously for months, wondering what the future would hold. Finally, the answer came.

Violin Memory filed an SEC affidavit April 21 that explained its emergence from bankruptcy announced last December, then revealed April 24 that it had completed a restructuring and sale process to Quantum Partners LP, a private investment fund managed by Soros Fund Management LLC. Details of the transaction were not released.

Violin will retain its proprietary intellectual property, customer base and professional team. The private fund will handle the business of the company.

The company went public in September 2013 and raised $162 million, but the stock never performed the way it expected; ultimately, the stock went essentially worthless a year ago.

Despite the company’s trials and trevails, its product evolution path continued. The company’s most recent all-flash arrays, the 7650 and 7450 for its Flash Storage Platform, were launched in September 2016. Along with those arrays, Violin announced a new platinum level of customer support for its entire FSP line. The company also announced a cloud servicer, Concerto in the Cloud, a virtualized instance of the company’s OS that can be deployed in the cloud, public, private, or hybrid.

Newly appointed Chief Executive Officer and President Ebrahim Abbasi said that “Soros’ acquisition of Violin recognizes the value of Violin’s world-class customers which include Fortune 500 companies, as well as the tradition of innovation and dedication demonstrated by its team.”

Violin was one of the true pioneers in the all-flash array market. However, since its founding in 2005, virtually every storage company in the world has become a competitor by adding their own all-flash array option.

Violin’s NAND flash and dynamic RAM-based storage arrays are designed for environments that need fast processing and analyzing of large data sets. In 2011, Violin was one of the first storage companies to offer NAND flash arrays as Tier 1 storage, which is still mostly the domain of hard disk drives. However, the storage industry has evolved far beyond that, and Violin will have to kick it into a high gear to get back into the fast lane.

A little more history: One of Violin’s early customer wins was with Hewlett-Packard Co., which had no solid-state storage story until it partnered with Violin. Violin used its large contract with HP to record substantial revenue gains in 2012, with its sales jumping from $11.4 million to $53.9 million.

That all ended, however, after HP bought another new-gen storage maker, 3PAR, in 2010—following a bidding war with Dell—for $2.35 billion. Even though 3PAR wasn’t a big NAND flash player, the move nonetheless pushed Violin to the sideline without a central customer. But by then Violin’s products were established in the market, and the company survived and moved on.

In its first decade of business, Violin banked a total of $186 million from investors that include Toshiba (which owns 14 percent of the company), Juniper Networks and SAP Ventures.