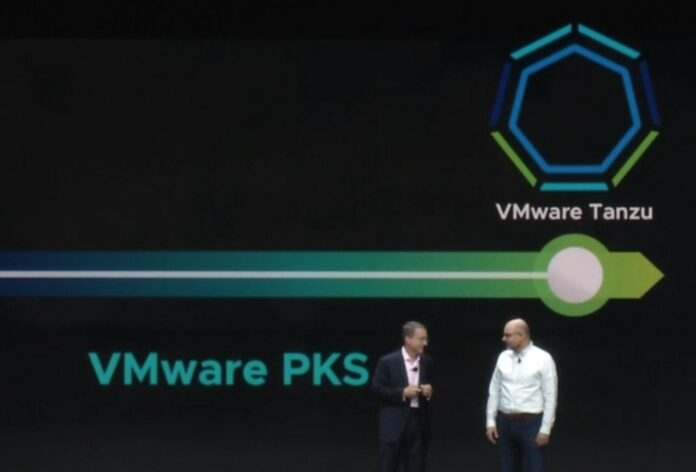 Software companies modernize their wares on a regular—sometimes weekly or even daily—basis. That’s the whole idea behind agile development. So it’s a little unexpected to hear a company as sophisticated and forward-thinking as VMware announce in a special event that it’s “modernizing” much of its enterprise lineup because it’s generally being updated all the time.

Nonetheless, with all this in mind, the Palo Alto, Calif.-based enterprise software maker revealed March 10 that it has added the native Kubernetes data orchestrator as support to its Cloud Foundation software stack and surrounding products. It also has added Kubernetes to its new Tanzu tool portfolio as it continues its corporate migration into containers and cloud-native applications.

So this is how the main VMware product lineup is being modernized.

Tanzu is a new brand name VMware introduced at last year’s VMworld Conference for its modern apps portfolio. It currently includes PKS, but in the future, it will also include other projects and products from Pivotal, which VMware bought from their common parent, Dell BMC, for $2.7 billion in 2019.

VMware on March 10 officially unveiled all its Kubernetes assets and explained how it sees Kubernetes connecting legacy VMware environments with its new microservices-based applications.

“We look at Kubernetes as being this Goldilocks abstraction,” Craig McLuckie, VMware vice president of the Modern Apps and Platform business unit, told a conference call of reporters. “It’s high-enough level to hide the specifics of an infrastructure and low-enough level to be able to run pretty much anything.”

Tanzu Mission Control: This functions as a single point of control in which users can manage Kubernetes clusters regardless of where they are running. Mission Control is for operating Kubernetes infrastructure and cloud-native applications across multiple teams and clouds. It also improves security and governance because it enables operators to run consistent policies across environments.

Tanzu Application Catalog: This utilizes IT VMware bought from Bitnami that offers a cache of prebuilt, scanned, tested and maintained Kubernetes application content. The Bitnami application catalog supports and has been certified for all major Kubernetes platforms. Application Catalog provides developers with a selection of open source software from the Bitnami catalog that can be customized and verified by VMware for use in production environments.

Tanzu Application Service: This comprises components VM bought from Pivotal, and it offers a list of application-development resources.

“This amounts to the biggest re-architecture of vSphere in a decade,” VMware CEO Pat Gelsinger told reporters at the online video launch, which had replaced an in-person press event canceled due to concerns around the coronavirus pandemic.

“It’s not a question of ‘Do I need to rebuild that [application] and put it into a container environment?’ You do it when you have business value doing it,” Gelsinger said on the call. “We’re democratizing Kubernetes with the most powerful platform, the most powerful infrastructure community across multiple clouds.”

“As organizations look to solve for managing their private clouds seamlessly with multiple public clouds, we’re now able to extend our capabilities to both VMs and containers with a single hybrid cloud platform. This enables developers to rapidly innovate and embrace cloud-native applications at the pace that makes the most sense for their organization.”