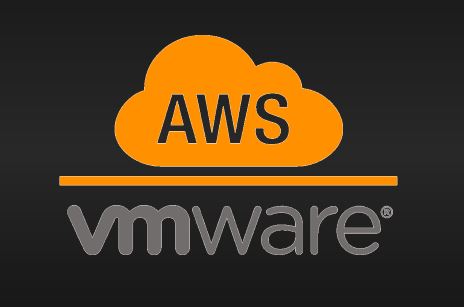 One of the main news items announced Aug. 28 from the main stage at VMworld 2017–about VMware Cloud services now becoming available to run on AWS–isn’t really news at all; it originally was revealed here in eWEEK nearly a year ago. Thus, one has to wonder: Did VMware and Amazon think we’d all forgotten about it?

Now there’s no questioning the fact that an alliance of any sort between the world’s largest and most successful cloud services provider and the world’s largest/most successful virtualization software and services developer is, and was, major IT news—back in October 2016. In truth, the beta period of this landmark deal comprised most of the last 10 months; now the throttle has been moved to “full speed ahead” general availability as of today.

For the IT and software development sectors, the deal means that VMware mainstays such as all its software-defined data center ware—vCenter, NSX, vSphere, VSAN and others—will run on AWS instead of VMware’s own cloud. Like any other cloud deployment, the partnership enables VMware to focus on developing its products and not have to deal with the issues around hosting them, which has never been its primary business.

VMware Made a Similar Decision Many Companies Have Made

In fact, VMware has made the same decision—to have its services made available on a major internet hosting service—as thousands of companies have made, since AWS rejiggered the idea of ASPs (application service providers) and started the cloud-services boom with S3 (Simple Storage Service) in 2006.

VMware Cloud on AWS is run, marketed and supported by VMware, like most typical cloud deployments. However, the service will be integrated with AWS’s own cloud portfolio, which provides computing, databases, analytics and a few different levels of storage, among other features.

VMware Cloud on AWS is a jointly architected service that represents a significant investment in engineering, operations, support and sales resources from both companies. It will run on dedicated AWS infrastructure.

“VMware and AWS are providing a new-gen platform for any application,” VMware CEO Pat Gelsinger said at the Las Vegas conference, being staged at Mandalay Bay. “VMware Cloud on AWS gives customers an integrated hybrid cloud that delivers the same architecture, capabilities and operational experience across both their vSphere-based on-premises environment and AWS.”

VMware Cloud on AWS is aimed at customers planning to migrate applications to the public cloud, develop entirely new applications, extend the capacity of their data centers for existing applications, or quickly provision development and test environments, the company said.

A key consideration: This also will support containerized workloads and DevOps services such as Pivotal Cloud Foundry and others, using VMware Horizon. VMware and AWS also said they plan to continue to innovate together to add new capabilities and additional AWS regions to support customers that want to use VMware Cloud on AWS for disaster recovery, data center consolidation and geographic expansion.

While many large IT organizations have deployed applications on public cloud platforms, such as AWS, Microsoft Azure or Google Cloud Platform, a high number of them still run most of their workloads in their own data centers. Giving IT managers a way to deploy workloads in the cloud using the same underlying software stack and management tools they use in-house will make things run smoother when using cloud services.

“OVH bought vCloud Air to expand their business into the U.S.,” Lohmeyer said. “They’ll be taking care of all the vCloud Air customers going forward. They’re a very well-respected service provider that understands the VMware environment. It was important to us that customers who had invested in vCloud Air were going to be well taken care of.”

The service is initially available in the AWS U.S. West (Oregon) region and will expand to AWS regions worldwide in 2018, Lohmeyer said. As of Aug. 28, users can deploy this service hourly and pay only for each hour that a host is active in their account. Pricing and requirements can be found here.

VMware said it will make one-year and three-year subscription options available in the future. VMware’s Hybrid Loyalty Program will provide discounts to customers with on-premises VMware vSphere, NSX, and/or vSAN licenses. The pricing model, combined with the VMware Hybrid Loyalty Program discounts, will offer TCO benefits on a per-VM basis to both VMware and AWS customers.

To get started with VMware Cloud on AWS, go here.