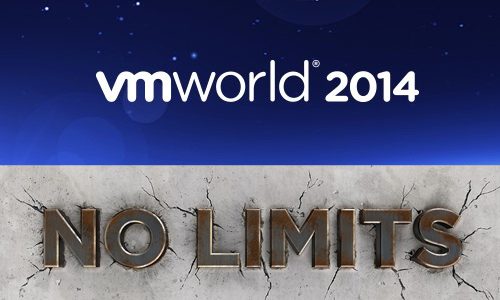 SAN FRANCISCO–Despite all the talk, all the marketing hype and all the new cloud products and services coming into the marketplace in the last eight or so years, a whopping 92 percent of the world’s IT is still being handled on-premises.

You thought the cloud was taking over the world? Maybe in the future, but certainly that’s not the case right now.

Most IT thought leaders are generally in agreement on this: Over time–likely during the next three to five years as IT buying cycles set in–that 92 percent figure slowly will be lessened as more companies come to deploy hybrid and public clouds for their employees, business partners and customers. This, of course, requires agile software and easy, safe movement of data. And this, in turn requires more virtualization, high bandwidth and cloud services.

Virtual data centers are at the center of this IT future. As it happens, VMware is quite happy to tell you about their latest products and services for those new-gen data centers. Each year at this time, the Palo Alto, Calif.-based company stages VMworld, the huge IT conference here at the Moscone Center that signals the end of the summer for a lot of people.

A Bevy of New Products

On Aug. 25, CEO Pat Gelsinger, President and COO Carl Eschenbach, and Senior Vice President of Hybrid Cloud Solutions Bill Fathers announced on Day 1 of the conference a phalanx of new and updated products for CIOs, IT managers, storage administrators, security specialists and the CFOs who love to pay for it all.

In addition to the requisite new versions of software, VMware also announced a new joint initiative with newcomer Docker, Google and corporate cousin Pivotal to incorporate containers–a legacy software structure that isolates distributed applications in development to reduce complications–in VMware virtual machines. This will be good news to many IT managers with older systems because they won’t have to discard their container-based workflows any time soon if they plan to move to newer virtualized systems built by VMware. (For more detail, see Sean Michael Kerner’s story here.)

There was a list of other items announced Aug. 25. They included:

—VMware VCloud Air, a re-branding and augmentation of VMware Hybrid Cloud Service. This all-purpose hybrid cloud platform is a conglomeration of existing VMware products and several new ones added through recent acquisitions, including mobile deployment with AirWatch.

“Take it out of the box, roll it up, plug it in–it’s ready in 15 minutes for a full VM operation,” CEO Pat Gelsinger said in the introduction.

—vCloud Suite 5.8: vCloud Suite’s new release version jumps from 5.5 to 5.8. VMware didn’t say what happened to v5.6 and v5.7. vCloud was released a few years ago as a combination of products into one SKU and license code. In the latest version, VMware has added improvements in business continuity and disaster recovery with policy-based provisioning of disaster recovery data tiers and increased scalability of protection and recovery capabilities.
vCloud Suite 5.8’s Big Data Extensions now support Hadoop 2 for big data workloads and features customizable provisioning of NSX firewall and routing services; proactive support is now provided by Support Assistant, a free vCenter plug-in that tries to identify issues before problems occur.

One of the significant announcement here involves a new storage service, vCloud Air Object Storage. VMware vCloud Air has two block storage tiers, Standard and SSD-Accelerated, which look to a virtual machine like a block volume. Object Storage acts as low-speed, long-term storage for buckets of unstructured data and isn’t associated with any specific virtual machine.

VMware vCloud Air Object Storage is a highly scalable, cost-effective, and dependable storage solution that can easily scale up to petabytes, and users pay only for the storage they use. Based on EMC’s ViPR storage, it offers the popular S3 API, including lifecycle management and versioning features to simplify and reduce management overhead. “Data durability is 11 nines per object, and data can be accessed via HTTP and HTTPS,” VMware’s Mathew Lodge wrote in a company blog post.

“One of the differentiating features is support for very large objects up to 20TB in size, in line with the rapid growth in size for media files and other unstructured data. We have a number of other innovations in the pipeline, and will talk about those closer to release,” Lodge said.

Object Storage will be available in beta by the end of September, Lodge said.

eWEEK will take closer looks at each of these products later in the week as VMworld continues, which it does through Aug. 28.