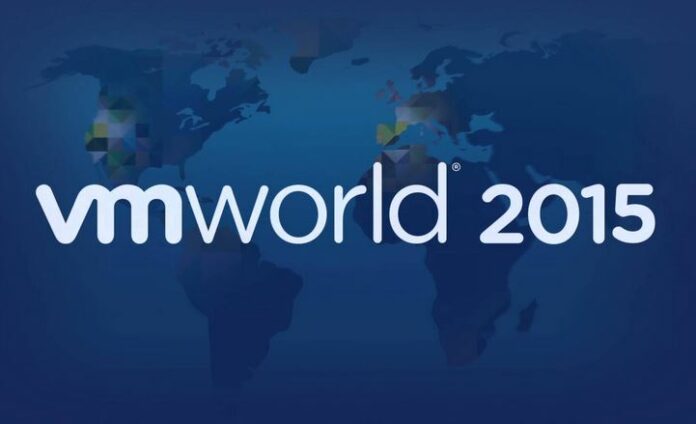 SAN FRANCISCO—VMWorld is one of those few annual IT conferences that touches just about everything under the IT sun: data centers, cloud services, storage, security, apps, end users, all vertical industries, governments, military—you name it.

Does that mean VMware itself is trying to do everything under the sun to remain one of the more relevant IT products and services providers of the 21st century? Well, it may not consciously be trying to be all things to everybody, but it sure looks like it. Is VMware trying to do too much, keep too many promises, venture past its corporate abilities? The road past is littered with failed companies that overshot their abilities and then imploded, like Enron, Pets.com, Washington Mutual and others.

We’re certainly not contending that VMware is in danger of blowing up because it’s racing so fast around the track and picking up so many riders. The world’s go-to server virtualization software provider has moved beyond—way beyond—that important but relatively narrow role that made it the crown jewel in the EMC treasury of companies.

Let’s face it: VMware’s virtualization software is working in more than 90 percent of the world’s IT systems in some form or fashion; such domination requires the company to look at other markets in which to expand. We get that.

Needed a New Product or Two

People have been whispering for the last several months that “VMware really needs to show a new product.” That’s just what it did in spades last week at the conference, which seemed a bit more subdued than previous VMworlds, but still attracted a mob of 24,000 people.

For example, VMware now wants to be your hybrid cloud home with products and services that dozens of other front-line companies (Google, Amazon, Microsoft, Dell, IBM, HP, Oracle and so on) are already providing. eWEEK’s Scot Petersen reported Sept. 5 about VMware making several product announcements that seemed to put hybrid cloud computing within reach for most enterprises. This is an idea that users can extend and link their enterprise with private clouds, public clouds and software-as-a-service clouds and manage it all as one computing infrastructure.

Those products include VMware’s new EVO SDDC for software-defined data center implementations and upgrades to key components of the VMware software stack, including NSX 6.2 networking and VSAN 6.1 storage, to create hyperscale private, public and hybrid clouds—and everything in between.

Wants to Cradle Containers in Its Virtualization Layer

VMware also wants to be the backbone and backstop in the new containerized data center of the future. VMware, bound and determined to nip this pesky container trend (an alternative to its virtual machines) in the bud and at the same time justify its entire virtualization approach, officially launched its Photon platform at VMworld.

Photon is the framework VMware wants to see all its users use as a layer in the virtualized data center that welcomes containers from a slew of various makers (Docker, Google, and others), native cloud-based apps, data center operating systems, the usual-suspect VMs and anything else an enterprise wants to throw into a software-defined data center.

If Photon were a baseball player, it would be the catcher—trying to handle every fast ball, curve ball, slider and forkball the pitcher (the enterprise)—throws at it.

Competing Directly Against Other Major Players

These new products are direct competitors to products from most of the Tier 1 companies named above. Nothing wrong with that. Competition is good for the market, we’ve always been told. But can VMware provide all these demanding products—along with specialized followup services—in its usual high-quality manner? That’s a question to be answered in the next several months.

Here are other products the Palo Alto, Calif.-based company has produced recently that play in markets new or relatively new to VMware’s core business:

—VMware wants to be your enterprise mobility provider, thanks to its AirWatch division. That is a huge area of competition in the current IT environment. Can VMware successfully compete with the Ciscos, Dells, AT&Ts, Verizons, Sprints and a slew of startups in this area?

—VMware Horizon for virtual desktops, a market that—thanks to continuous enterprise security concerns—is beginning to grow in an up-and-to-the-right fashion again. VMware stands a very good chance at competing successfully with Citrix, HP and others here.

—VMware vRealize Automation enables infrastructure as a service, another potentially huge market. This is a logical extension of VMware’s main virtualization competency, so good things are likely to happen here.

Those are only a few of the new directions for VMware, which has maintained a solid reputation for quality and service over the years for its customers. There are other projects in the works, and we’ll continue to examine them as we move into the second half of the second decade of the 21st century.