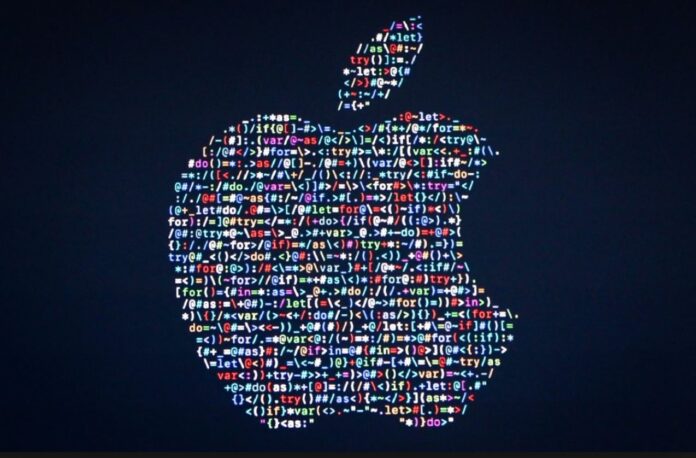 News-wise, Apple had been relatively quiet for about a year until June 13, or Day 1 of its Worldwide Developers Conference in San Francisco.

Oh, there had been incremental updates of the iPhone, MacBook, Apple Watch and iPad during the last 12 months, but the deluge of new information released here made it clear that the company had been saving up a heck of a lot of new-product news for firehose release.

WWDC is for developers, but it is certainly not aimed only at those who specialize in consumer-facing apps, such as iMessage, Photos, Home and Music. Apple has been moving slowly and carefully into the enterprise realm for years, and this conference is emphasizing that strategy in much more depth than it has in past years.

Apple’s idea, and it is showing this in abundance this week, is to connect dots everywhere in its product line and use a common programming language, Swift, to do it. Siri, for one well-known example, will be available on just about every device it makes. iMessaging is finding new use cases all the time.

In doing this, the company is creating platforms for IT professionals so they can build upon the aforementioned dots that are being connected this year. In the coming months, Apple will be encouraging third-party developers to build business productivity applications and features for every device it makes, from iPhones, to iPads, to MacBooks, to watches, to Apple TV—and eventually automobiles.

In a summary video at WWDC, Apple did offer a fleeting look at Marty, the driverless Delorean sports car it has been working on, but one had to look carefully and not blink to see it on the reel.

Apple is supplying both the programming language (Swift, see below) and its native file system (Apple File System) to connect all those dots and provide the framework for future development at Apple.

It is refreshing, interesting and potentially very fruitful for the development community to see companies such as Microsoft and now Apple open their kimonos to offer inside access to previously tightly locked apps such as Siri, iMessage, Maps and others. Realistically, building an outside community of developers for such fiscally potent products was the only way they were going to continue to grow their power and influence in the IT development world. It’s just too bad it took so long for this all to happen.

Meanwhile, let’s get back to WWDC 2016. Here are highlights from the show specially aimed at enterprise developers.

Swift, the programming language Apple introduced at its Watch launch in 2014, was released to open source in February—one of the smartest things a smart company like Apple has done in recent years. It will continue to play a hugely important part of the continued development of Apple products way into the future.

This week at WWDC, the company announced that it is going all in to make Swift a staple of computer science education, starting as early as elementary school. It has put together an entire instructional program, called Swift Playground, for young coders on how to write and use the language in making simple applications. Kids interested in CS will find the wizard-like interface fun to use because it keeps their attention and explains the coding function very clearly and intelligently.

On the immediate enterprise side, IBM, for one household-name company, has gone all out for Swift. It already has built and is using more than 100 enterprise applications on it and has assembled a new toolkit (IBM Cloud Tools for Swift) for third-party developers in its BlueMix cloud. IBM Vice-President of Enterprise Mobile Development Phil Buckellew described Swift as “a game-changer for enterprises. Swift is well on its way to becoming a first-class language for enterprise use,” he wrote in his blog.

Developers eWEEK interviewed at WWDC to a man agree with Buckellew, and many say they’ve been using it for a year or more in their daily builds and tests. Swift is a versatile language, simpler than most code to use and test, and offers great potential for cross-platform development tasks.

Apple made of the biggest improvements to macOS in years—including changing the name from OSX (which it had for 15 years).

One of the most important improvements will be the addition of Siri and the voice control she brings with her brand of artificial intelligence to users. Continuity with other Apple devices is also a huge new improvement.

Auto Unlock, in which the Mac recognizes its user immediately, enables users to open their Macs in seconds rather than having to physically log in to authenticate. Universal Clipboard, which received an ovation from the WWDC audience when it was introduced, allows users to transfer documents, photos, videos and other content through iCloud from device to device automatically—a very useful feature for business users.

Optimized Storage solves the problem of filled up local storage by automatically storing older content in iCloud. Everything not stored on the device becomes easily available on demand. In effect, this becomes limitless data storage.

“These are black and white features, not shades of gray, that dramatically impact the user experience,” analyst Patrick Moorhead of Moor Insights & Strategies said. “Auto Unlock with Watch and Apple Pay on the Web are huge, because they change what many of us do every day on our PCs or Macs—that is, to log in and buy things.

“With Optimized Storage, Apple may have finally gotten cloud storage right and will be better positioned to compete with Microsoft and Google. If the service works as reliably and as quickly as what they showed on stage (during the June 13 kickoff keynote), this could drive many consumers to even reconsider a Mac. Once people let this feature settle in, the more fanfare it will get,” he said.

This one’s a no-brainer. Having the voice-control and artificial intelligence capabilities Siri brings to the table will be important factors in future Apple application development. Like IBM is doing with Watson (although not nearly to the same deep intelligence level), Apple is spreading around its IP in order to tie everything it has together—and with the same Swift codebase.

A smarter new Siri not only is more capable of answering more complex questions (see tvOS below), but the new Siri software development kit announced at the show will provide it with more capabilities—including the ability to add spoken-word support to new enterprise applications that haven’t yet been developed.

This fits directly into Apple’s strategy of tying all its devices to each other and the iCloud for storage. This will pay dividends to developers building enterprise apps for use in iPhones, watches, tablets, Macs and in the cloud.

Apple TV, after a not-so-impressive start several years ago, has been retooled and designed, and the product’s new steps are apparently headed in the right direction.

“We’ve said that the future of TV is apps,” Apple’s Eddy Cue, Senior Vice President of Internet Software and Services, told the WWDC audience. “We now have more than 1,300 video channels, and we have more than 6,000 native apps in just seven months.”

Sling, which has built a loyal customer set during the last decade, brings its large set of live cable TV channels to Apple TV, something the service sorely needed. This also will help Sling introduce itself to a huge new set of potential customers.

Fox SportsGo, which offers multiple live telecasts at the same time (like one might see in a sports bar), will join the Apple lineup sometime this summer. France-based Molotov, which offers more than 100 live channels and on-demand programming, will become an exclusive feature on both tvOS and iOS, starting in July.

Apple introduced its new Siri Remote, which uses both touch navigation and voice control to tell Apple TV what to watch. Users can give Siri instructions as generalized as “Find me high school movies from the ’80s” to bring up a selection of films such as “Ferris Bueller’s Day Off,” “Sixteen Candles,” and “The Breakfast Club.”

“Given the impressive developer stats, tvOS is getting developer traction,” Moorhead said. “The improvements to search, adding many video channels, phone as a remote, and instant watching will make huge improvements in the experience. Instant Sign On is the Trojan horse, where if cable companies supported, could really replace the cable box.

“What will determine commercial success will be Apple’s ability to market it because consumers will need to be reminded what the new Apple TV can do. Many consumers see Apple TV as what it was before, and that’s a streamer, not an interactive platform.”

One of the coolest new capabilities in iOS 10 is voicemail transcription, which should prove to be a huge time-saving and collaboration feature. When VT is turned on, the receiver of a voicemail message can view it as text rather than have to log in and listen to the message itself.

Apple and Cisco Systems have joined to build a feature that enables voice calls to be directed to wherever the receiver happens to be; this uses Cisco’s Spark internal social network to find the person.

Apple also has promised developers that it will soon supply an extensible iMessages SDK, which potentially would be a very important toolset, due to all the new apps that will be forthcoming on the messaging platform.