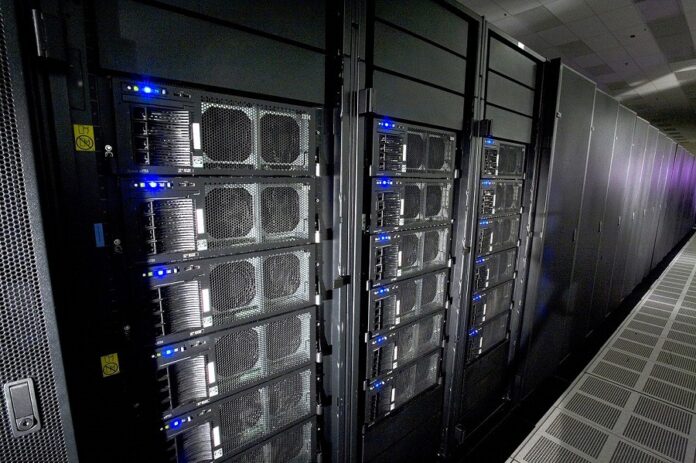 Three-and-a-half years ago, when Lenovo closed its $2.3 billion deal with IBM to take over the company’s System x server business, it was sometimes overlooked that the transaction also included the following from Big Blue:

Lenovo has since been busy building those businesses. On June 20, it unveiled some of the fruits of those labors by introducing a whopping 26 new products—including one of the world’s largest and fastest new supercomputers. Comprising those 26 products were 14 servers, seven storage systems and five top-of-rack networking systems.

But the piece de resistance on this day is a single impressive computing system. At the International Supercomputing Conference in Frankfort, Lenovo revealed that it has now has put online the world’s largest next-generation Intel-based supercomputer at the Barcelona Supercomputing Center.

The 11.1 petaFLOP supercomputer, called MareNostrum 4, will be housed at the Chapel Torre Girona at the Polytechnic University of Catalonia in Barcelona and will be used to power diverse science workloads ranging from human genome research, bioinformatics and biomechanics to weather forecasting and atmospheric composition.

This new system, which Lenovo said will continue to be expanded over time, is listed at No. 13 on the latest TOP500 list that was released June 19.

The system is powered by more than 3,400 nodes of Lenovo’s next-generation servers, featuring Xeon scalable processors, interconnected with more than 60 kilometers of high-speed, Intel Omni-Path Technology 100 Gb/s network cabling. This is the third leading-edge HPC system that Lenovo has installed at the Partnership for Advanced Computing in Europe (PRACE), making Lenovo the largest provider of leading-edge HPC systems to that high impact scientific community.

Since its debut on the Top500 list in 2014, Lenovo is now No. 2 in global TOP500 positions with 92 entries. Lenovo is No. 1 in supercomputing in China, the largest and fastest growing region for supercomputing in the world, claiming 50 percent more entries than the nearest competitor.

Intel and Nvidia have to be happy with the progress Lenovo has made in the high-performance computing category. Lenovo also is upgrading its Global HPC Innovation Center in Stuttgart, Germany with 6,000 cores of the next-generation Intel Xeon scalable processors and the newest NVIDIA GPUs interconnected with a choice of industry-leading, high-performance fabrics from Mellanox and Intel.

The HPC Innovation Center was opened in May 2015 to give clients access to the newest technologies and for them to experience the same systems that are powering the BSC MareNostrum 4 Supercomputer now, the company said.

Genome Sequencing a Key Use Case

An example of the industry collaboration driven by the Global HPC Innovation Center is at the University of Birmingham (UK), which has built a centerpiece research facility called Birmingham Environment for Academic Research (BEAR). BEAR is a collection of IT resources provided without cost to the university community and qualified external scientists, enabling the acceleration of their research across a variety of disciplines such as life sciences including genome sequencing, medical and linguistic research, Lenovo said.

“Genome sequencing can generate rapid insights into the scale and patterns-of-spread of important epidemics. When Zika struck the Americas, we were able to respond rapidly by deploying portable sequencing to affected areas, generating sequence data in days,” said Nick Loman, Professor of Microbial Genomics and Bioinformatics at the University of Birmingham.

“Comparative genome sequence analysis requires significant computation and storage requirements. The new system provides rapid, on-demand computation to speed up the analysis. We can instantly access hundreds of CPUs, thousands of gigabytes of RAM and tens of terabytes of storage. This means we can keep pace with the rapid data generation, and quickly release important new findings to the scientific and public health community in order to assist epidemic response efforts.”

Access to the Lenovo HPC Innovation Center is open to all clients, the company said.