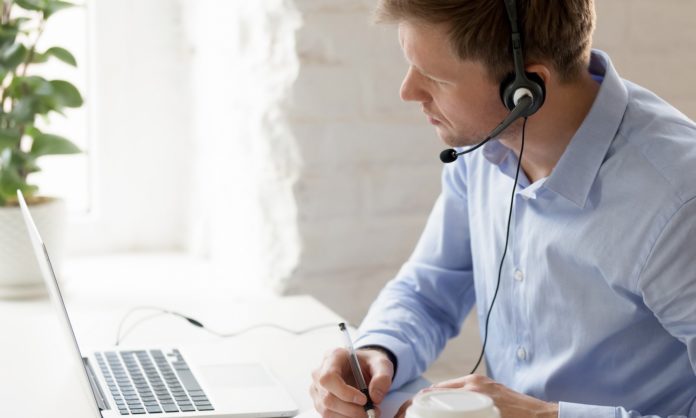 Microsoft Power BI and Tableau are two of the top business intelligence (BI) and data analytics platforms in the market. Both were graded above all other similar applications by Gartner in its latest “Magic Quadrant (MQ) for Analytics and Business Intelligence Platforms.” Microsoft came out ahead, but Tableau wasn’t far behind.

These applications are in heavy demand these days, as organizations seek to harness the vast troves of data at their disposal. Whether from relational databases, enterprise applications, unstructured data, social media, or other sources, there is more investment in data mining than ever before.

Instead of a small team of data scientists slicing and dicing data, what we are seeing today is teams from management, marketing, line of business heads, sales, and IT are utilizing analytics in their day-to-day activities.

As two highly regarded analytics platforms, users often are forced to choose between Power BI and Tableau. There are arguments for and against each tool. It is hard to say that you could go wrong with either application. But which is best?

Tableau is very much focused on delivering analytics with artificial intelligence, data management, and collaboration. At the heart of Tableau is a proprietary technology called VizQL that makes interactive data visualization an integral part of understanding data.

Tableau differs sharply from traditional tools that require the user to analyze data in rows and columns, choose a subset of the data to present, organize that data into a table, and then create a chart from that table. VizQL skips those steps and creates a visual representation right away, providing visual feedback as you analyze.

Tableau, of late, has been adding features like Ask Data in Slack (ask questions using natural language and automatically get data visualizations), Einstein Discovery in Slack (predictions in the flow of work), and Model Builder (collaboratively build and consume predictive models using Einstein).

Which has the best features? Microsoft wins in terms of breadth of service due to its ecosystem of integrated platforms. But Tableau perhaps comes out ahead when it comes to depth of analysis and the kind of robust, intuitive features that data scientists and analysts need for competitive advantage.

Power BI vs. Tableau: Comparing Ease of Use

Newer users appear to find Power BI easier to use than Tableau, which has a steeper learning curve. But Tableau has been working to change that. Its AI-powered analytics features lower the barrier to data science techniques.

The conclusion: Power BI wins on broad usage by a non-technical audience whereas Tableau has the edge with technical users.

That said, both platforms cater to beginning and advanced users. Tableau users believe the platform makes it easy to create data visualizations. Power BI users, on the other hand, speak about ease of use in creating reports. Both platforms offer visualization and reporting. But Tableau favors the former and Microsoft the latter.

Tableau tries to differentiate itself with what it describes as an intuitive data analytics experience with richer capabilities, based on its patented VizQL engine. Tableau can connect to data live (performing queries in-database and returning results in real-time) or in-memory (ingesting data from source systems into Tableau). This allows users to control performance, cost, and data freshness.

Power BI, though, is particularly good at crunching and analyzing real-time data. Tableau does this, too, but Power BI may have the edge. Tableau, however, scores very well on live query capabilities and extracts, helping analysts to query faster.

Also see: What is Data Analytics?

Both products have pros and cons with regard to how their platforms relate to cloud computing.

Power BI has a fully functional SaaS version running in the Azure cloud as well as an on-premises version resident in Power BI Report Server.

Power BI Desktop is also offered for free as a stand-alone personal analysis tool. When power users are engaged in complex analysis of multiple on-premises data sources, though, they need to download Power BI Desktop. The on-premises Power BI offering isn’t as rich as the cloud version with regard to dashboards, streaming analytics, natural language, and alerting.

Tableau does offer cloud-hosted solutions such as Tableau Online and Tableau CRM, but its strength lies in on-premises deployments and this is where much of its massive installed base resides. Thus, it can be challenging to scale out Tableau workloads in the cloud. Therefore, Microsoft gets the nod for cloud analytics, and Tableau for on-prem.

CRM and BI often go together. With Tableau now being owned by Salesforce, you would think it would have a distinct edge in this category over Microsoft. But this might not be the case.

Tableau has very good marketing and enterprise product capabilities. But it is currently held back by the challenges in integrating it with Salesforce Einstein Analytics (known as Tableau CRM). Yet progress is being made. An Einstein Discovery dashboard extension, for example, brings predictive modeling capabilities from Einstein to Tableau.

Power BI integrates relatively well with Microsoft Dynamics CRM. Thus, Microsoft may actually have a slight edge on Tableau on CRM. But not for long. Expect Tableau to catch up fast and unleash the full capabilities of Salesforce within Tableau.

As noted above, Tableau has its hands full in integrating with Salesforce. This creates a somewhat fragmented experience between Einstein Analytics and Tableau.

Microsoft, too, has some integration challenges. Gartner noted that Power BI’s handling of content promotion and publication can generate administrative overhead. This isn’t an easy fix, which will add manual labor between Power BI apps and its collaborative development environment known as Workspaces.

Microsoft is very good at keeping prices low as a tactic to grow market share. It offers a lot of features at a relatively low price. Power BI Pro, for example, costs approx. $10 per month per user. The premium version is $20 per month. The bottom line for any rival is that it is hard to compete with Microsoft Power BI on price when it comes to automated ML capabilities and AI-powered services.

Tableau has a reputation for being expensive. By some estimates, it works out about $75 per month per user for decent analytics functionality. But those who only want to interact with some basic dashboards can get it much cheaper. That said, the addition of Tableau CRM for a list price of up to $150 per user per month means newer functionality, and Salesforce integration doesn’t come cheap.

Microsoft is committed to investing heavily in Power BI and enhancing its integration across other Microsoft platforms. Any organization that is a heavy user of Office 365, Teams, Dynamics, and/or Azure will find it hard to resist the advantages of deploying Power BI.

Those advantages are only going to increase. On the AI front, for example, the company boasts around 100,000 customers using Power BI’s AI services. The company is also putting effort into integrating with other applications and in making it easy to autotune query performance. Those with an eye on budget that yet want a rich BI platform will probably favor Power BI.

Consider, too, the existing sales teams and distribution channels for Microsoft products. With such a huge user base and so many tentacles across the world, Power BI may only be a click away for many organizations. Tableau will struggle to compete head-to-head against the global sales and marketing might of Microsoft. Those channels have grown sharply over the last two years with the rise of Microsoft Teams. Power BI is being integrated more and more closely with Teams, which has tens of millions of daily active users. For the Microsoft user base, it might be hard to convince them why they shouldn’t just tack Power BI onto their existing Microsoft services.

Yet Tableau has a kind of Beatlemania aura about it. It boasts a huge fanbase and a very loyal user community. Its user conferences attract large crowds. Its popularity is growing, too, partially through the distribution of a free platform known as Tableau Public. This is where people can share and explore data visualizations online. It contains over 3 million interactive visualizations. For those not committed to a Microsoft-centric architecture and for those with an existing culture rich in data scientists and analytics-savvy power users, Tableau may have the edge. Additionally, those committed to the Salesforce platform may find it best to opt for Tableau.