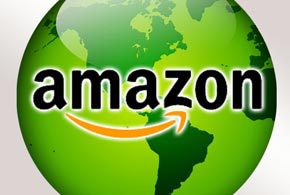 As many as 100 localities in North American have apparently met an Oct. 19 deadline to submit proposals to Amazon to become the chosen location for the company’s second headquarters ended on Oct.19.

Months of waiting are ahead for all of the applicants until Amazon announces its selection and disappointment is certain for all but one of them.

While the company hasn’t said exactly which cities sent in proposals or how many there were, the cities across the U.S. and Canada have announced that they were submitting proposals. But many of these cities have missed or ignored the many requirements that Amazon is actually looking for.

This isn’t surprising. Landing the Amazon second headquarters really is a bonanza for the right locality. The company plans to hire as many as 50,000 workers and initially will need to build 500,000 square feet of office space eventually expanding to 8 million square feet. Economically, the construction project alone will result in billions of dollars in direct and indirect spending.

But the real issue lies in the idea of the right locality. To determine that, Amazon published a request for proposal, which said exactly what the company is looking for. Unfortunately only a few of the localities that submitted proposals actually meet the requirements. For the rest, it’s just wishful thinking.

Here’s what Amazon says it’s looking for, according to the RFP:

Those are just the major items. Amazon also wants a diverse population, a good fit with its corporate cultural values, a well-educated labor force, existing buildings or a shovel-ready site and reasonable capital and operating costs.

The key to becoming the next location for an Amazon headquarters is to meet all of the stated requirements without any fudge factor. For example, a city with an airport that calls itself “international” on the basis of one flight a week to Toronto in the summer isn’t going to qualify.

Likewise, the ability to attract a strong technical workforce at an average salary of $100,000 is going to be problematic for New York City where the cost of living is so high that such a salary isn’t enough.

A similar problem exists in the San Francisco Bay Area where the competition for the workforce Amazon needs is intense. While the salary opportunities may work, the likelihood of retaining a workforce does not.

One of the things I learned during my time at the Defense Logistics Agency is that the only way you can have a reasonable chance of success is to be able to meet every requirement in the proposal without any quibbling.

Even when an RFP is framed in fairly informal terms as is the case with the Amazon request that does not mean that the criteria are somehow less important. It only means that whoever wrote the proposal wanted it to sound less intimidating.

Making sure that you read the complete RFP also means that you understand the requirements that may not be explicitly stated are still import criteria when it comes time for Amazon to make a selection.

For example, when Amazon lists mass transit that includes subways, trains and buses as options, it doesn’t mean just busses. Amazon is looking for a robust transportation infrastructure that makes driving unnecessary for many if not most of its employees.

Likewise, the fact that Amazon is looking for a stable and consistent business climate, and requests testimonials from other large companies means that it doesn’t want to be the only large company in town. Instead, Amazon wants to see that there are already major corporations in residence as evidence that big business is truly welcome in a region.

Right now there’s a lot of handicapping going on among groups that are inventing reasons why Amazon would love a particular community. But if you look to what Amazon is actually saying, the list is much smaller. In fact, there are only a few places that meet all of Amazon’s criteria. Already, the Twitter account of Amazon Policy has mentioned only four. They are Washington, Boston, Denver and Dallas.

Of those four, Amazon Policy went to the trouble of retweeting a video created by Washington’s mayor, Muriel Bowser, in which she reminds Jeff Bezos that he already has a house in DC. Bezos is the owner of The Washington Post as well as being CEO of Amazon.

In reality, there a few more cities appear to meet all of Amazon’s specific requirements besides the four previously mentioned, including Atlanta, Chicago and Minneapolis/St. Paul. But it’s also clear that the others, such as Nashville, Nashua, N.H., Phoenix, Ariz. and Pittsburgh, Pa. probably don’t.

If I had to pick, I’d probably bet on Washington, DC and the nearby Northern Virginia suburbs. But I wouldn’t be surprised to see Boston get the nod, either. Amazon will announce the winner next year in 2018.