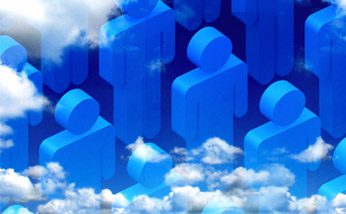 Dell is building on its cloud computing strategy and larger enterprise IT solutions portfolio with the acquisition of Enstratius, whose software enables businesses to manage applications across a variety of private, public and hybrid clouds.

The Enstratius deal, announced May 6, complements a number of other acquisitions Dell has made over the past couple of years—including Gale Technologies and Quest Software—to build up its software and cloud computing capabilities. With Enstratius, Dell gains the ability to offer customers tools that will enable them to choose from a wide field of public and cloud providers, including Dell and competitors.

No financial details about the deal were announced. Dell officials said they intended to keep the employees from Enstratius, which was founded in 2008 and is headquartered in Minneapolis. They also said Dell would invest in additional engineering and sales help to keep the business growing. A year ago, Enstratius changed its name from enStratus.

The deal comes at a time when businesses increasingly are embracing cloud computing, both with private clouds within their own firewall, public clouds or a combination of the two. A challenge is trying to manage all those environments with disparate tools, according to Dell officials. Dell is looking to ease those management issues.

“As enterprises increase their use of public, private and hybrid clouds, the need for controls, security, governance and automation becomes more critical,” Tom Kendra, vice president and general manager for systems management at Dell Software, said in a statement. “Dell, together with Enstratius, is uniquely positioned to deliver differentiated, complete cloud-management solutions to enterprise customers, large and small, empowering them with the efficiency and flexibility in the allocation and use of resources.”

In a report in September 2012, IDC analysts said businesses worldwide are continuing to invest in public clouds, with spending globally to run from about $40 billion in 2012 to almost $100 billion by 2016, a rate of about 26.4 percent per year. At the same time, a report by ReportLinker.com indicated that investments in private clouds will grow 21.5 percent a year through 2015.

“The IT industry is in the midst of an important transformative period as companies invest in the technologies that will drive growth and innovation over the next two to three decades,” Frank Gens, senior vice president and chief analyst at IDC, said in a statement at the time. “By the end of the decade, IDC expects at least 80 percent of the industry’s growth, and enterprises’ highest-value leverage of IT, will be driven by cloud services and the other third-platform technologies.”

Enstratius’ software is designed to make it easier for organizations to manage multiple cloud environments. The software can be used on premises or in a software-as-a-service (SaaS) model as a hosted service. It supports more than 20 public and private cloud platforms, from VMware, Rackspace and OpenStack to Amazon Web Services and Azure. In addition, support for new cloud environments can be added easily, according to Dell officials.

Enstratius’ “cloud-agnostic” offerings include a self-service catalogue and design and management tools that businesses can leverage to create and deploy applications across one or more clouds. The technology dovetails with other software offerings from Dell, including Active System Manager gained via the Gale acquisition, Quest ONE identity and access management, Foglight for performance monitoring, and the Boomi integration platform. Enstratius’ software also complements data-protection software from Dell, including AppAssure and NetVault.

Dell is the world’s third-largest PC maker. However, with sales in the global PC market continuing to fall, Dell for the past several years has been trying to transform into an enterprise IT solutions provider and reduce its dependency on the PC space. That has included spending billions to buy companies in such areas as software, storage, networking and security.

The transformation effort also is behind founder and CEO Michael Dell’s efforts to—in conjunction with equity firm Silver Lake Partners—buy the company for about $24.4 billion and take it private. Michael Dell has argued that doing so would enable him and other Dell executives to accelerate the process without having to worry about Wall Street analysts or the pressure to meet quarterly financial numbers.

“If we were to remain a public company, I believe it would be more difficult to move fast and aggressively because of the short-term focus of the market,” Michael Dell said in a letter to employees in April. “The fact is, we can’t afford not to continue investing for the future when you look at the opportunity ahead for us and our customers.”

The leveraged buyout bid has run into roadblocks from large investors who believe the proposed $13.65-per-share price is too low and who have threatened a proxy battle.