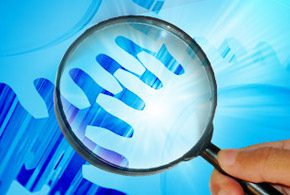 The European Commission has warned Google that it needs to make stronger concessions in its offer to settle a pending antitrust action that’s based on the way it presents search results.

The European Commission heads the Executive Branch of the European Union. The antitrust investigation stems from Google’s 90 percent search market in the EU. In contrast, Google’s share in the U.S. market is about 70 percent.

The European Commission is concerned that Google is taking advantage of its huge market share to promote its own advertisers and its own services at the expense of others. In May Foundem, a competing search engine company that initially filed an antitrust complaint against Google, presented its report on Google’s proposals to promote greater competition in the search market. The EC sent its response calling on the search giant to improve its proposed remedies to Google Executive Chairman Eric Schmidt on July 17.

The situation with Google’s search manipulation isn’t as obvious to users in the United States as it is to observers in Europe. There, a search request typed into the Google search engine returns results that clearly highlight Google-sponsored content before the results from sites that don’t have a relationship with Google. In fact, as I found when I was using Google for search while in Hannover, Germany, for the CeBIT trade show, non-Google results frequently didn’t show up until the second or third page of results.

Unlike in the United States where sponsored links are clearly delineated, the results in the EU have no such distinction. Sometimes even when you click on a link it’s not clear that it was sponsored by a Google advertiser.

The EC opened its investigation into Google search manipulation in 2010. Earlier this year, Google presented the EC with a proposed settlement that would have included highlighting sponsored links and results from Google advertisers and ensuring that at least three Google competitors’ results showed up on the first page.

The U.S.-based consumer advocacy group Consumer Watchdog, wrote to the EC in May outlining some of what it sees as the deficiencies of Google’s proposed solutions to its manipulation of search results.

Simpson noted with concern in the letter that the proposed settlement would not apply to Google.com, which is the site he said is the one most commonly used by Europeans. I requested a comment from Google regarding the EC’s notice that a better proposal was needed, but have not received a response.

The antitrust environment in Europe is quite different from that in the U.S. In the situation with Google, for example, the company’s competitors are actively involved in working out a solution and it’s the competitors that must agree that any proposal by Google adequately resolves the issue.

In addition, if Google’s competitors in Europe don’t think that the EC has done enough to put Google on a level playing field, they can sue the European Commission. This is an eventuality that the EC is trying to avoid and it’s the competitors’ response to Google’s initial proposal that led to the demands for greater concessions. Those competitors include some European sites such as Foundem, as well as U.S.-based companies including Microsoft.

Google’s search business is its bread and butter in Europe as it is elsewhere, but that’s not the only place where Google is in trouble. The company’s Android mobile operating system is also being investigated for antitrust violations.

If a lot of this seems familiar to you in the U.S., that’s because it echoes much of the concern that’s followed Google’s activities here. Google’s many activities, from its recording of information from WiFi hotspots to the concerns about Google Glass, have led to criticism of the way in which Google impacts privacy.

In the U.S. the activities by Google are kept slightly in bounds because of the amount of vocal opposition, as well as the fact that there is some real competition. Microsoft’s Bing, for example, is steadily increasing its market share.

In Europe the situation is different, but I suspect that Google did not expect the amount of push-back it’s getting over its search engine operations But if my experience using Google in Europe is any indication, Google really is abusing its near total monopoly on search in the EU, and it’s actively looking for ways to sidestep regulation. But at least in the EU, Google could find itself with actual regulations. Maybe it will encourage Google to play nice with the rest of the world, too.