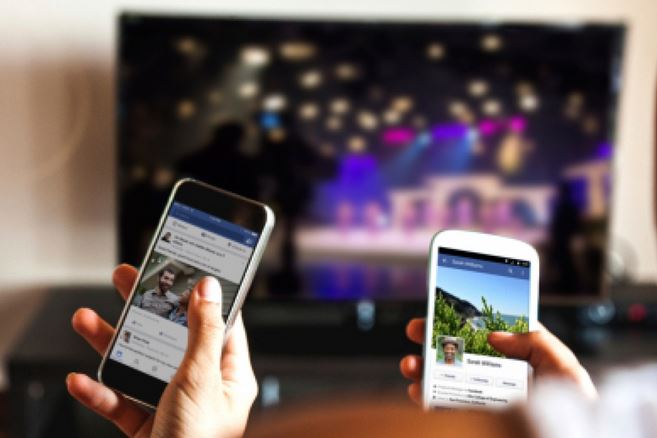 Facebook’s live video feature has received a lot of attention lately because its gazillions of amateur users are beating professional television news crews to news events.

Armed with this type of service on a smartphone, any pedestrian who happens to be in the right place at the right time can straighten up the phone, push a button and become a de facto news videographer to record evidence at a crime scene.

In the case of Diamond Reynolds of Falcon Heights, Minn., her involvement was simply being in the front seat of a car with the victim, fiance Philando Castile, while he was being shot to death by a law-enforcement officer. She had the presence of mind to video the grisly shooting on Facebook Live so that millions of Facebook users—and, later, millions more people via the commercial television media—could see what happened.

The fact that crimes are now being committed and then recorded in real time or near-real time using new-generation IT such as Facebook Live has changed the rules for everybody: law enforcement, the courts, judges, the perpetrators, victims and the public at large.

Facebook, the new de facto news channel, is quite aware of all this and is examining closely the results of what its live video software development has wrought. It now has a team on call 24 hours a day, seven days a week, dedicated to responding immediately to questionable content. Video and other posts can be pulled on a moments’ notice if deemed unsuitable for public viewing.

Facebook’s Community Standards are the guidelines the social network uses to determine whether content is acceptable for the community at large. In the past, it has been used to remove inappropriate posts involving nudity, hate speech or graphic content.

Due largely to last week’s violent events in Minnesota, Louisiana and Texas, the social network has announced that it would continue to allow users to share graphic or violent videos or images—but only to raise awareness of the event or to help find the perpetrator.

Some Facebook critics have called for a stop to publishing such video, citing the horrific nature of the shootings and the possible liabilities that could come to pass thereafter. If enacted, such a crackdown on publicly created video content would almost certainly face litigation in the courts over First Amendment rights to free speech and expression. But that is a story for another day.

To explain this update in policy, Facebook posted a statement following the July 7 shootings of 12 Dallas police officers (five losing their lives) in an event that has had a chilling effect on race relations in the United States.

Here is the statement in its entirety:

“Live video allows us to see what’s happening in the world as it happens. Just as it gives us a window into the best moments in people’s lives, it can also let us bear witness to the worst. Live video can be a powerful tool in a crisis—to document events or ask for help.

“We understand the unique challenges of live video. We know it’s important to have a responsible approach. That’s why we make it easy for people to report live videos to us as they’re happening. We have a team on-call 24 hours a day, seven days a week, dedicated to responding to these reports immediately.

“The rules for live video are the same for all the rest of our content. A reviewer can interrupt a live stream if there is a violation of our Community Standards. Anyone can report content to us if they think it goes against our standards, and it only takes one report for something to be reviewed.

“One of the most sensitive situations involves people sharing violent or graphic images of events taking place in the real world. In those situations, context and degree are everything. For instance, if a person witnessed a shooting, and used Facebook Live to raise awareness or find the shooter, we would allow it. However, if someone shared the same video to mock the victim or celebrate the shooting, we would remove the video.

“Live video on Facebook is a new and growing format. We’ve learned a lot over the past few months, and will continue to make improvements to this experience wherever we can.”

We’re Just Learning About the Power of Live Video

Facebook, just like the rest of the world, is learning as it goes along about how to handle the power of live video on its vast network.

With the power to broadcast news comes great responsibility, whether on a television network or a social network. Media companies were built to handle this responsibility by maintaining liability insurance and hiring qualified journalists and photographers to do their jobs.

The public at large, which has no filters and liability insurance at this time, is qualified to point and shoot, nothing more.

This conversation has only begun.