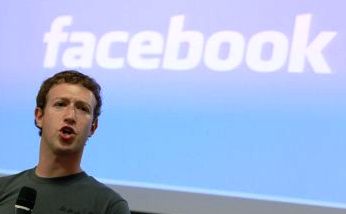 Facebook began collecting votes Dec. 3 on whether to change some of its user policies, including one that requires 30 percent of its members to tally their votes to prevent any changes to the existing user account rules.

But with about 1 billion members signed up, that means that some 333 million Facebook users would have to vote “no” to keep the old rules in force. That is very unlikely, since the last time a user policy vote was held earlier this year, only 342,000 people voted to halt the changes, according to Facebook.

The votes are being counted for proposed revisions to Facebook’s Statement of Rights and Responsibilities (SRR) and Data Use Policy, according to the social media company. If users vote for the old policies that are already in place, that means that they don’t favor the proposed changes.

One of the most controversial proposed changes is that Facebook wants to halt the practice of members voting on user policy changes. Instead, Facebook wants to replace the voting system with a better system of direct feedback and comment to corporate officers, including the chief privacy officer, and through a series of live Webcasts, where comments and concerns about privacy, safety and security can be discussed.

Many Facebook users have opposed the proposal, arguing that it takes away their direct input. But with 1 billion members today, Facebook argues that it’s just not possible to achieve those kinds of vote numbers, so they want to try a new system of getting user input.

Just voting on the latest rules changes proposal is showing the diverse opinions and objections of some of Facebook’s members in the comments section of the Facebook Governance Page where the votes are being tallied.

User John Rees wrote that the odds of getting a third of a billion users to vote to keep the old rules will be quite a feat. “Facebook won’t invite us to vote, so please share to get the word out. 30% of 1 billion is 300 million so this needs to go viral,” he wrote.

Lisa Black wrote that she believes that many people didn’t even know about the pending vote on the proposed new rules. “This is real, not some stupid scam to change the color of Facebook pages, etc.,” she wrote. “Everyone should like this page, read the proposed changes to Facebook, and vote. Your privacy information and how you use this site will be affected. This is how it starts. … Always pay attention to the other hand, the ‘government’ wants you to remain ignorant. They have more power that way. Of course, I hear William and Kate are having a baby [so] I’m sure that’s much more important …”

Another Facebook user, Lexy Cameron, wrote that a loss of voting rights would be unacceptable. “Without being able to vote, should the changes be made, I shall leave Facebook,” she wrote.

Qui Ji Bo wrote that he was upset that Facebook announced the voting without sending a message about it to every registered Facebook user to advise them to make their beliefs known. “Why not send this notice out to everyone on FB?” he wrote. “I had to find about it from a friend. Quit [misleading] us. This vote is a sham unless people know about it.”

Several voters on the comments page said they were getting error messages when they tried to cast their votes.

“An error has occurred,” wrote Johanne Moore. “This voting is RIGGED!”

Tannie Marie wrote, “Not able to vote! Keep getting ‘An error has occurred.”

Nicole White wrote that “the app is broken and won’t let me vote. Keeps popping up a window saying ‘error’ and asking me to reload the app. I call shenanigans on this app!”

Critics, including the Electronic Privacy Information Center (EPIC), a nonprofit privacy group, have been unhappy about the latest round of proposed user policy changes, arguing that they raise privacy risks for users, may be contrary to law and violate Facebook’s previous commitments to users about site governance.

The one-week comment period on the latest proposed user policy changes ended Nov. 28. The voting period began soon after. More than 14,000 Facebook users posted comments on the proposals before the one-week review period was completed.