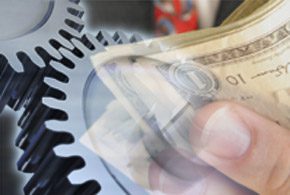 Google’s DoubleClick digital advertising and marketing platform for online sellers is getting some key upgrades, including a new ad campaign manager and social media integration with Wildfire.

But there’s more to come, too, with a planned new Google Web Designer tool that’s being built to make it easier for users to create alluring content and sales-producing Websites, according to a June 4 post by Neal Mohan, vice president of display advertising for DoubleClick, on the DoubleClick Advertiser Blog. Mohan made the announcements June 4 at thinkDoubleClick, the unit’s annual industry event held to discuss the future of digital media.

The new features are aimed at helping online advertisers use digital media more effectively and successfully, said Mohan in the post. At last year’s event, the major product announcement was its DoubleClick Digital Marketing platform, which is used today.

“At the core of digital media is its ability to build connections, and we’ve seen that it can be incredibly valuable in helping our partners connect across their business, offering a holistic picture of how all their marketing efforts work together,” wrote Mohan.

The first part of the improvements is the replacement of the existing DoubleClick for Advertisers interface with a new DoubleClick Campaign Manager, which Mohan calls the biggest upgrade to the platform’s core ad server in the 15 years since it was begun. “DoubleClick Campaign Manager completely re-imagines the ad management and ad serving process,” and is expected to be available for use in the coming months, he wrote.

The new social media features are being added to the DoubleClick platform through integration that’s being built using Wildfire’s social media platform, which Google acquired in 2012, according to Mohan’s post.

Also planned for introduction later this year is a new tool to help marketers connect with consumers through the new Google Web Designer tool, which is slated as an HTML5 creative development tool that “will empower creative professionals to create cutting-edge advertising as well as engaging Web content like sites and applications,” wrote Mohan. The free Google Web Designer will be seamlessly integrated with DoubleClick Studio and AdMob, which will make it easier to build creative HTML5 Web content.

“No other medium builds connections like digital—it’s one of the reasons I remain so bullish on this industry,” wrote Mohan. “But digital is not just a medium. It’s the bedrock which enables connections between advertisers and publishers, within our own organizations, as well as brands and consumers. That’s why we’ll continue to invest in helping build these connections—between re-imagined creative tools, reinvented measurement solutions and revamped ad buying platforms—that will accelerate and propel digital advertising into a $200 billion industry that funds and supports great content.”

The event was formerly known as DoubleClick Insights. Some of the topics that were tackled included how creative agencies can leverage but not be overwhelmed by technology so they can deliver next-generation consumer experiences. Other topics included information about the kinds of experiences publishers are developing that add value to consumers and advertisers, as well as how chief marketing officers are using social media with other marketing channels to build strong brands.

Google acquired DoubleClick after making a $3.1 billion bid for the company back in 2007. Acquiring DoubleClick provided digital ad and search leader Google with plenty of new firepower, including the ability to serve graphical display ads in addition to the company’s text-based links. DoubleClick’s technology lets advertisers and publishers deliver ads once they have agreed to terms, and provide statistics relating to those ads.

Privacy and Internet advocates were not happy about the acquisition of DoubleClick and its approval by the Federal Trade Commission at the time; they cited concerns that it would give Google too much power over the data around search.

When DoubleClick was first on the market in 2007, reports circulated that Microsoft, Yahoo and AOL were also interested in buying the company, according to an earlier eWEEK report.