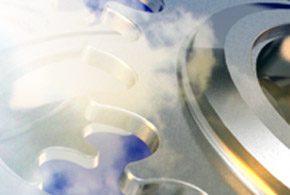 Google will soon start buying green wind power for its expanding data center in Mayes County, Okla., as the search company continues to grow its use of renewable, green energy at its facilities.

The agreement was unveiled by Gary Demasi, director of Google’s Global Infrastructure team, in a Sept. 26 post on the Google Blog.

“We announced our commitment to carbon neutrality back in 2007, and since then, we’ve been finding ways to power our operations with as much renewable energy as possible,” wrote Demasi. “In our latest step toward this end, we just signed an agreement with the Grand River Dam Authority (GRDA) to green the energy supply to our Oklahoma data center with 48 megawatts of wind energy from the Canadian Hills Wind Project in Oklahoma, which is expected to come online later this year.”

Under the deal, “Google will pay GRDA a premium to purchase renewable energy generated by Canadian Hills,” and the additional wind power will increase the total amount of renewable energy Google buys from the authority to more than 260 megawatts.

By buying the power directly from the authority, Google says it will allow it to get the renewable energy it needs for its operations from a vendor who can provide it using multiple green paths, including hydroelectric, wind and more in a scalable way. “We’ve been working closely with all of our utility partners to find ways to source renewables directly, and we look forward to working with other suppliers to deliver clean energy to our data centers,” wrote Demasi.

Some 30 percent of the total power Google uses in all of its facilities presently comes from renewable sources, according to the company.

Interestingly, the Google wind power announcement comes just a few days after an unflattering article about cloud computing energy use by The New York Times. The story described how Microsoft built a cloud data center in Quincy, Wash., starting in 2006, and how the data center has become a difficult neighbor for what was once a farming community. The community was glad for the facility’s presence and tax dollars but leery of some of its energy sources and put off by some of its practices.

Redundant power sources are essential for 24/7 data centers—Amazon made headlines in July when a storm momentarily knocked its data center offline—and Microsoft now has 37 diesel generators that it uses for backup energy. When the first of those generators was approved, emissions containing diesel particulates, which are carcinogenic, weren’t classified as toxic pollutants by the state of Washington, so strict limits weren’t imposed. Today, critics say the generators are too close to an elementary school and log too many hours. The generators are intended for emergency use; Yahoo, which also has a data center in Quincy, ran its generators for 65 hours in 2010, while Microsoft ran its generators for 3,615 hours that year, wrote The Times.

A Google spokesman declined to provide further details about the wind power project.

Meanwhile, Carol Baroudi, the sustainability practice advisor for Redemtech, an IT assets refurbishment company and the lead author of “Green IT for Dummies,” said she is encouraged by the addition of the wind power supplies to Google’s Oklahoma facility.

“It’s desperately needed, the inclusion of renewable energy for cloud providers,” said Baroudi. “It’s the only sane approach, particularly in data centers,” where there are huge demands for always-on power. “The cloud doesn’t shut down to save energy. Essentially, they’re asking to consume more and more power all the time. And if data centers are not including more and more renewable resources, then they’re rapidly going to become one of the biggest carbon producers on the planet.”

Increased use of renewable energy by cloud computing providers will be a big benefit to the Earth and can ultimately help to contribute to reductions in global warming and fossil fuel consumption, said Baroudi. “The more renewable energy use, the better,” she said. “The time is now, and we’ve really got to ante up.”